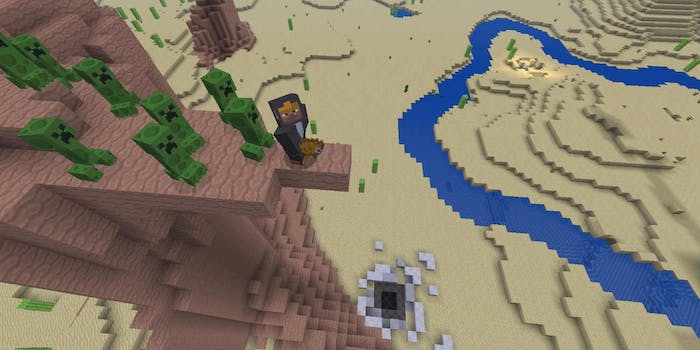 Expanded Minecraft is coming to Xbox One on Friday

Microsoft teased the Xbox One edition of Minecraft back at E3 2013, and we’ve heard little about the game since. The silence has now been broken with the announcement of the game’s release date.

The Xbox 360 version has been consistently behind the original, PC version of the game in terms of content. Minecraft 360 has been patched many times to try and catch up with the PC version, but you’re still not going to find any horses on the Xbox 360 edition. Version 1.8 of PC Minecraft was released on Aug. 22, and it stands to reason that the Xbox One version of the game won’t be caught up, either.

While it isn’t stated directly in the official Microsoft announcement, it is generally believed that the reference to “bigger multiplayer” in the teaser video indicates that persistent multiplayer worlds will be a part of Minecraft: Xbox One Edition. Multiplayer servers have played a huge role in the success of Minecraft on the PC.

Minecraft: Xbox 360 Edition is the best selling game of all time, by a huge margin, on Microsoft’s Xbox Live digital marketplace. More than a million copies of the Xbox 360 version of the game have been sold to date.