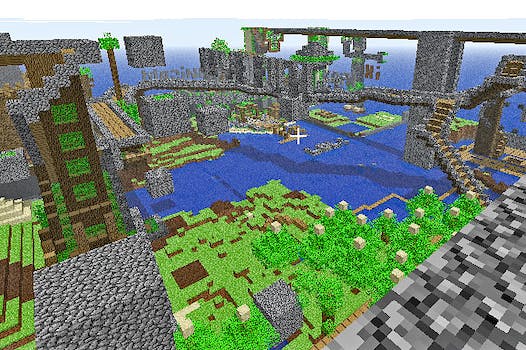 Why Minecraft is “Nerd Christmas” for game fans

By polling fans on Twitter, Minecraft's creator builds a community around the game.

Video gamers have often been left out of the loop when it comes to the development of their favorite titles. But the smart indie developers behind megahit Minecraft have leveraged Twitter’s unique power to turn enthusiastic players into a supportive community.

Minecraft is a game where users create 3D worlds using blocks and various tools. The game was released on May 17, 2009. Since then, it’s been downloaded more than 2.5 million times.

On Sunday, Markus Persson, the creator of Minecraft, took to Twitter, where he’s known as @notch, to poll fans on a feature for the next release of the game.

Should he delay some features so he can introduce pistons, blocks “capable of pushing of pulling adjacent blocks”?

The post spread to Reddit, attracting more than 300 comments. (According to administrators of the social news site, Reddit hosts the largest Minecraft community online.) After more than 100 retweets and some lighthearted banter, the release was confirmed. Within just a few hours, Minecraft fans had helped determine an important new feature of the game.

And the result will be out in days, not months or years: “1.7 is planned for Thursday,” Persson tweeted yesterday from Stockholm, Sweden, continuing his habit of responding to fans directly on Twitter.

As the news permeated through Twitter, the tweets kept pouring in.

But of course it’s a lot more than just news for nerds—it’s Twitter as a game-development forum. In 140 characters or less, a player can have a hand in shaping the game.

For Minecraft, it’s been an ideal way to build a community and pull in new fans.