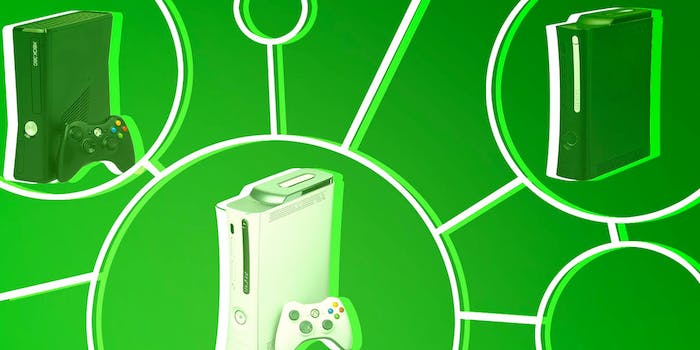 Xbox 360 is retiring as the king of all game consoles

Here's why the Xbox 360 is the greatest video game console of all time.

Have you ever brought up gaming in mixed company, only to hear a response along the lines of, “Oh, you mean, like Xbox?”

Head of Xbox Phil Spencer announced this week that Microsoft would cease manufacturing the Xbox 360. The final units spooling off the end of manufacturing line, whatever consoles linger in Microsoft’s warehouses, and those on store shelves are the last we’ll see of new Xbox 360s.

Thirty years ago when someone mentioned video games among the uninitiated, the common response might have been a reference to Nintendo. But today, it’s arguable that “Xbox” has became a symbol for video games.

This was less due to the original Xbox hardware released in 2001, and much more so for the release of the Xbox 360 in 2005. And it wasn’t the Xbox 360’s more powerful hardware spec that ultimately made it the giant it became in game culture, and thus popular culture, but the online community it popularized via Microsoft’s Xbox Live service.

It’s thanks to the Xbox 360 and Xbox Live that online gaming and social networks leapt from being the sole province of the PC and became today’s driving force in the console world.

PC gamers in the early 1990s gathered first in text-based chatrooms to play multi-user dungeon games, and then beginning in the late 1990s on Voice over Internet Protocol (VoIP) services like Ventrilo to play team-based first-person shooters, or massively multiplayer online role playing games. By the year 2000 online games in the PC world were just an everyday thing.

Console gaming didn’t take its nascent steps into online connectivity until the Sega Dreamcast, PlayStation 2, and original Xbox, and the number of games offering substantial online content were relatively few. The Xbox 360 and PlayStation 3 made online multiplayer in console gaming a typical feature, the same it had been for PC gaming.

But where the PlayStation 3 lacked easy ways for players to form groups and hook up together, Microsoft introduced the simplest but best idea in online console gaming: Party chat. Everyone had their own, private chat space in the likeness of the private Ventrilo servers that PC gamers had been running for years.

Party chat was all it took to kick down the last remaining walls between console gamers. It had still been easy before the mid-2000s to dismiss console gamers as solitary troglodytes lost in basements in digital fantasy, but when parents and friends began routinely hearing the gamers in their lives talking excitedly about getting together online, the stereotype was unavoidably and decisively called into question.

The Atari 2600 made home video gaming a real thing. The Nintendo Entertainment System showed us the true potential for game consoles in terms of breadth of software and wonderment. The Xbox 360 made console gaming a part of our lives in a way no previous console ever had, or could. The Nintendo Wii may have sold more units and technically won the seventh-generation console war, but the Xbox 360 ruled the roost among the core gaming crowd. 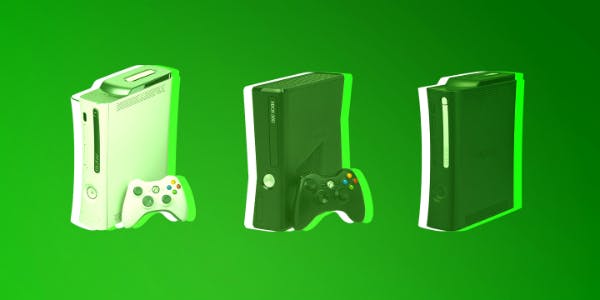 Celebrating the Xbox 360 primarily for its social functionality is not to dismiss the games that ran on the Xbox 360. In this, however, we can’t draw the same distinction between it and the PlayStation 3.

We’ll remember the Xbox 360 for launching the Gears of War series that made the Unreal Engine as recognizable by console gamers as by PC gamers; for providing the beachhead for Call of Duty to ascend to Call of Duty 2, a console-exclusive for the Xbox 360; for Halo 3 and its live-action shorts; for launching the beloved Mass Effect series, another Xbox 360 exclusive at launch; and for giving indie developers the launchpad for successful console distribution with Xbox Live Arcade, as demonstrated by the success of Braid.

The Xbox 360’s control pad is in the minds of some pundits and many gamers the best control pad ever designed for a console. Video game journalists could depend almost without fail on having an Xbox 360 controller on hand for demos of new PC games at industry events.

We’ll also remember the Xbox 360 for introducing the Kinect motion-control camera, for better or worse.

Microsoft, in its retirement announcement for the Xbox 360, stressed that support for Xbox Live on the console will continue unabated, that Xbox 360 game servers are not vanishing, and that Microsoft will continue to provide technical support for the hardware. But if you want a fresh Xbox 360 console to keep in your legacy console collection, now’s the time to buy.