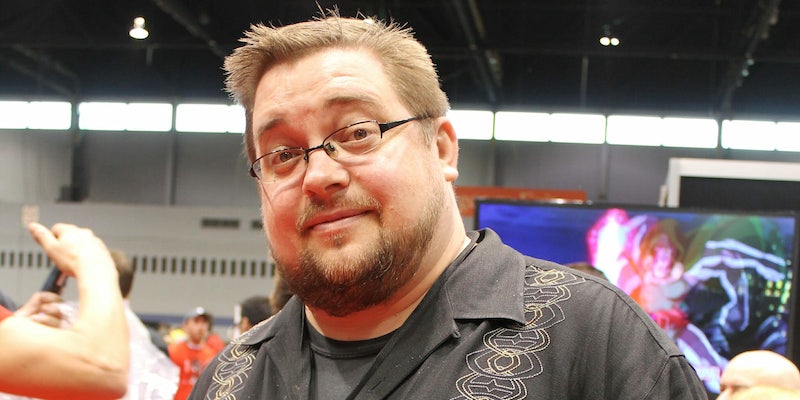 He regrets inventing a fake persona.

When Marvel promoted C.B. Cebulski to editor-in-chief last November, it took just one week for his first scandal to emerge. Confirming a persistent rumor, he admitted that in the mid-2000s, he wrote comics under a Japanese persona. This wasn’t just a pen name; he built a public identity as Akira Yoshida, capitalizing on the desire for “authentic” Japanese voices in American superhero comics.

Cebulski is a white American man, so this revelation did not sit well with many fans and critics. It’s a very clear example of cultural appropriation. As we highlighted last year, “Yoshida” specialized in Japanese-inspired stories. Benefiting from his existing contacts in the industry, Cebulski took jobs that would otherwise go to a Japanese creator. Marvel had an internal policy that staffers like Cebulski—a lower-level editor at the time—couldn’t moonlight as writers or artists for the publisher. Cebulski’s pen name allowed him to draw a second paycheck under false pretenses.

This situation cast a pall over his early days as Marvel’s editor-in-chief, but Cebulski brushed it off as “old news.” Then last week, he addressed the Yoshida issue in an interview with CBS.

“I’ve always wanted to write and tell stories and it was a different time in cultural politics. And I made some very bad choices at that time, ones that I regret and that I’ve since made amends for and have been working to, you know, really kind of put behind me.”

You can see why Cebulski would want to put this issue behind him. However, it’s not clear what he actually means by “amends.” He presumably set things straight with his employers at Marvel, because they decided to promote him. (Which, by the way, does not reflect well on Marvel itself.) But this is a decidedly weak response to the accusations of cultural appropriation. He doesn’t explain why it was wrong to publish comics as Akira Yoshida, leaving the door open for his fans to dismiss the controversy. As editor-in-chief, he could have used this moment to announce a material change in Marvel’s attitude to hiring new creators. Instead, he made a vague non-apology about mistakes made during “a different time.”

He also celebrated Marvel’s “commitment to diversity,” an oft-repeated sentiment from his predecessor Axel Alonso.

“Going back to the 60s when Marvel were created it was created by a number of white men here in New York City who were working in our studio… But now, we do not have any artists that work in Marvel. All our writers and artists work — are freelancers that live around the world so our talent base has diversified.”

While it’s true that Marvel’s talent base is more diverse than it was in the 1960s, the freelance model is more financially precarious for creators. Freelancers receive fewer benefits than in-house employees, and while health insurance may be an unglamorous topic, it’s relevant here. Long-distance freelance work has its upsides, but it can also be a financial barrier to some new creators. And when we look at Cebulski’s hiring record in 2018, the numbers are pretty clear. For Fresh Start, Marvel’s first big relaunch under Cebulski’s tenure, the lead characters and creators are overwhelmingly white and male.