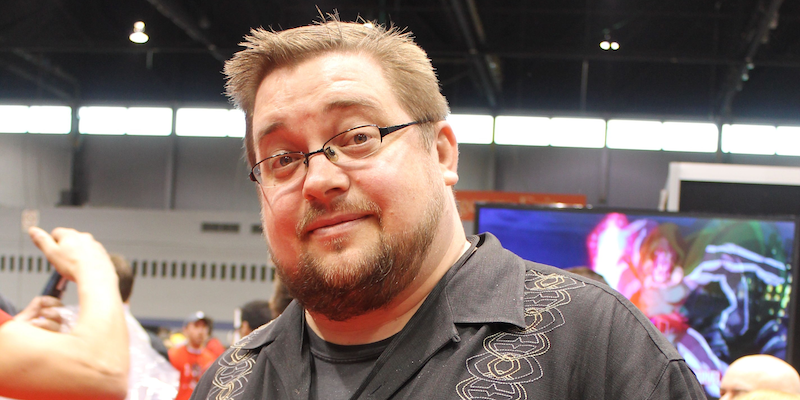 He will replace Axel Alonso, who became editor in chief in 2011.

Marvel Comics has named a new editor in chief, C.B. Cebulski, to replace Axel Alonso. Alonso first took the job in 2011 and is now leaving the company entirely. This is the second major upheaval at Marvel this month after star writer Brian Michael Bendis revealed he was moving to DC Comics.

Announced in the New York Times, this news comes as a surprise to many. C.B. Cebulski is certainly a less well-known figure than Alonso, working as an associate editor at Marvel from 2002 before being promoted to vice president of international brand management in 2011. Among other projects, he edited Marvel Fairy Tales and the original run of Runaways.

As editor in chief, Cebulski will oversee the creative direction of Marvel Comics. This may include a more international slant to the publisher’s output, as Cebulski—who lives in Shanghai—recently negotiated publishing agreements in Japan, China, and South Korea. According to the Times, this will “establish local characters” in Asia, linking up to the U.S.-based core of the Marvel universe.

While Alonso’s departure is described as a mutual agreement, his last few years at Marvel were rather tumultuous. Like other comics publishers, Marvel has faced criticism for its hiring practices (including very recent decisions), overlapping with accusations of gender discrimination and a lack of racial diversity on staff. The publisher also increased its output of high-profile crossover events, with mixed results. The most controversial example was this year’s Secret Empire, a politically charged storyline that saw Captain America join the fascist organization Hydra.

At the same time, Alonso presided over a period of bold new changes for Marvel, including a public effort to diversify the publisher’s roster of heroes. This included the introduction of characters like Miles Morales (Spider-Man) and Kamala Khan (Ms. Marvel), and the decision to rebrand Sam Wilson as Captain America.

Cebulski evidently impressed Marvel management with his work in Asia, but he’s not an especially well-known figure in the U.S. Fans will have to wait and see what he has in mind for Marvel Comics, during a time of unusual scrutiny for the comics industry.