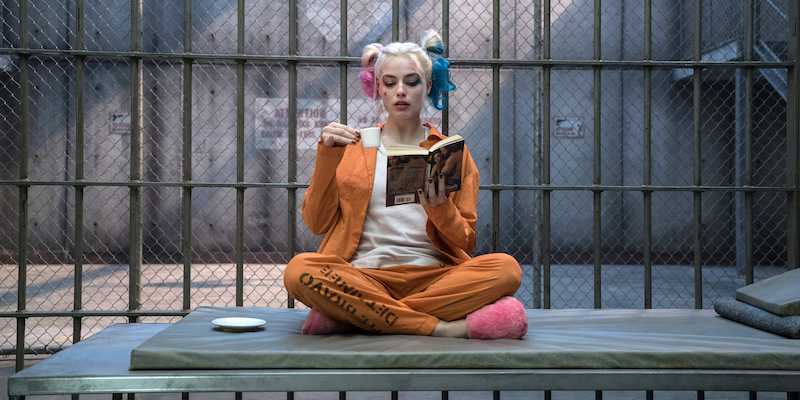 It's separate from the other Harley Quinn spinoffs.

While Marvel takes a thousand years to launch its first female-led franchise, Warner Bros. is forging ahead. Following Harley Quinn‘s popularity in Suicide Squad, the studio is planning a solo movie. And yes, this is a different project from the other spinoffs featuring Harley Quinn.

Margot Robbie confirmed her involvement in a recent interview with MTV, saying, “I’ve been working on it for two years now.” We already knew she was producing a Harley Quinn film, but it was unclear if this had been folded into the Gotham City Sirens team movie, or the Joker/Harley spinoff.

She describes her solo movie as “totally separate” from the other spinoffs, adding that “nobody knows” which one will come first. However, she did make it clear that “everyone” is keen to see more of Harley as soon as possible. Since she was easily the breakout star of Suicide Squad, that’s not a huge surprise.

.@MargotRobbie is working on her own female-centric Harley Quinn movie. pic.twitter.com/kEbKVxjwO9

“I wanna see her with other women,” said Robbie, echoing a popular opinion among Harley Quinn fans. While Suicide Squad‘s cast was pretty diverse by superhero standards, Harley’s role was dominated by her relationship with the Joker. Meanwhile, in the comics and cartoons, some of Harley’s best moments are with female characters like Poison Ivy.

For those keeping track, Warner Bros. now has four Harley-related movies in the works: Suicide Squad 2, Gotham City Sirens, the Harley/Joker relationship movie, and Margot Robbie’s solo venture. Suicide Squad 2 and Gotham City Sirens are more likely to appear first, with Suicide Squad rumored to start filming in 2018. That being said, the DC franchise schedule is kind of ambiguous at the moment. While Aquaman, Cyborg, Justice League 2 and Wonder Woman 2 all have release dates, the studio hasn’t officially announced when we’ll see Batgirl, The Flash, or any of Harley’s spinoffs.