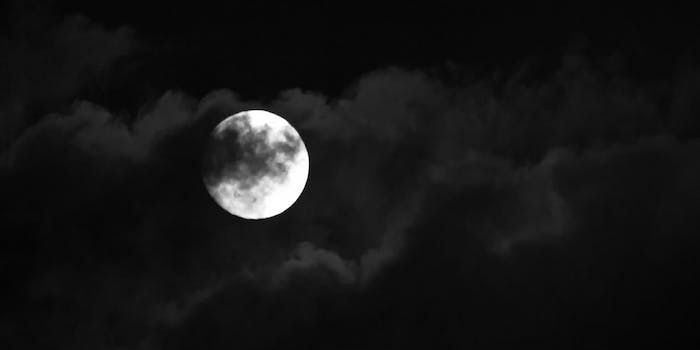 Reddit contest will send top image to the moon in 2017

Can you imagine the aliens' reaction when they see Dick Butt for the first time?

If you’ve ever wanted to leave a legacy on the moon, now you can—just by posting a picture. Lunar Mission One is hosting a contest via Reddit to send a thread-topping pic on a 2017 mission.

Though so far, most of your leading finalists are troll submissions.

For the journey, Lunar Mission One will collaborate with space robotics company Astrobotic to kick off its lunar travel efforts. While it is planning a more-extensive trip for scientific research and exploration of the moon’s south pole in 2024, the Kickstarter-backed company hopes to begin an Earth archive on the moon.

“For the first trip in 2017 – we’ll be hitching a ride with Astrobotic, and we’ll be sending a disc-drive filled with images from our #Footsteps campaign, as well as the top-voted image in this /r/pics contest,” one of the founders of Lunar Mission One, David Iron, said today in an IamA thread on Reddit.

The contest thread on /r/pics garnered more than 1,100 comments within four hours of posting. Since the thread is in contest mode, submissions are constantly shuffled around to conceal which is top. But it’s still obvious what images are becoming popular, based on what users are posting (over and over).

Among the photos circulating, the infamous Dick Butt meme is gaining traction among users. “Seeing as this is Reddit, I think the only correct response to this is Dick Butt,” Reddit user HarlowBlue commented.

However, some users have expressed concern over Dick Butt’s chances of winning. Lunar Mission One will only select the single-most upvoted image, and the upvotes could be spread over multiple Dick Butt entries. “We must unite under a single Dick Butt if we are to overcome,” Reddit user Hatch- advised.

Aside from Dick Butt, Beyoncé‘s unflattering Super Bowl 2013 photo has made its rounds in the thread as well.

Despite attempts to erase the image from the Internet, users don’t appear to want to let it go. It seems to be the second-most popular entry for the contest. “Removed from the internet? Try and remove this from SPACE!” Reddit user feebearglass said.

Other entries for the contest so far include astronaut head shots with animal faces edited in (and in one case, a stack of pancakes), other memes such as Doge and Pepe the frog, and the occasional cameo of Jebidiah Kerman from the sandbox video game Kerbal Space Program. Some users opted for the meta approach, submitting images of the moon itself.

While some seem to be having fun with the contest, others have reservations about the idea of it. Some Reddit members have compared the competition to the 2012 “Dub the Dew” flop, where hackers meddled with the system to make entries like “Hitler Did Nothing Wrong” as a top contender. But some have offered solace in the fact that this is Reddit and not 4chan.

Either way, Lunar Mission One is apparently OK with it.

It is unclear when the top photo will be chosen, but until then, perhaps redditors will uncover the perfect photo to send to the moon that captures the essence of humanity. Or unite under a single Dick Butt.

Photo via Stewart Black/Flickr (CC BY 2.0)