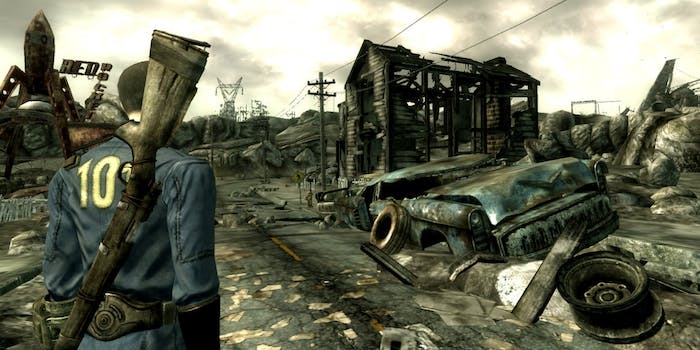 Did an animator just leak critical details about Fallout 4 on his LinkedIn profile?

If video game marketers want news about a new game to break like wildfire, they should consider strategic LinkedIn updates.

Videogamer.com caught freelance 3D artist Luis Nieves posting an update to his LinkedIn profile about working on a Fallout 4 cinematic trailer. This news immediately blew up to the point where Fallout 4 has been trending on Twitter Monday—over four words on a LinkedIn page.

Nieves lists Mirada Studios, the production company founded by Guillermo del Toro, as the company where Nieves did his work on the supposed Fallout 4 trailer. Enthusiast site Destructoid claims that Mirada Studios demanded Dtoid take down its story about this potential Fallout 4 leak, which only stoked the fires under this rumor.

LinkedIn leaks are not uncommon in the video game industry. The development of Watch Dogs 2 was supposedly leaked in January when a Ubisoft employee updated his CV on LinkedIn. Character artist Michael Knowland may have revealed the development of The Last of Us 2 via an update to his LinkedIn profile. At least that’s how the enthusiast press chose to read the information. When video game publishers are so incredibly tight-lipped about projects in development, video game fans will scoop up every morsel of information they can get.

The last bout of Fallout 4 anticipation insanity broke out on Feb. 10 when Bethesda Softworks, developer of the modern-day Fallout games, announced its first-ever E3 press conference, to be held on June 14. Because what else besides a Fallout 4 announcement could warrant Bethesda coughing up the cash to hold an E3 event where they never had before?