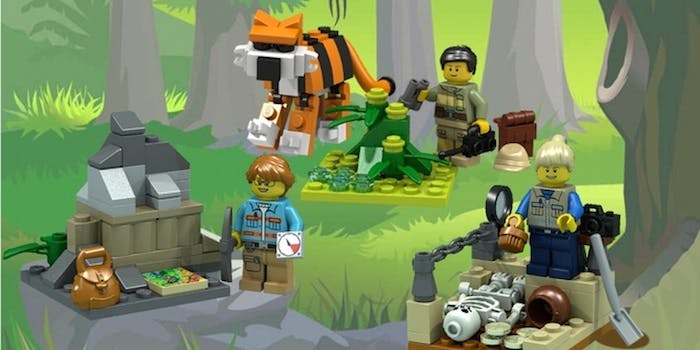 The creator of the female scientist Lego set has some new ideas.

When geochemist Ellen Kooijman’s proposed that the Lego female scientist Research Institute set should become a reality, the response was overwhelming. The minifigure set, which featured a paleontologist, astronomer, and chemist, quickly sold out on Lego’s website. While Lego investigates whether it can make more of the “overwhelmingly popular set,” Kooijman has a new proposal to capture your scientific imagination.

Kooijman—who goes by the username Alatariel in the Lego Ideas online community—is now trying to gain support for a Science Adventures Lego set that would include a geologist, wildlife biologist, and archaeologist working in outdoor environments. The potential figures are described as follows:

Geologist Dr. Coyman is examining an unusual rock formation. Some work with the rock hammer is needed to find out what is inside!

Biologist Dr. Miller is hiding behind a nearby bush when a thirsty Siberian tiger shows up to drink from a puddle of water. A perfect opportunity to study its behavior up-close!

Archaeologist Dr. Yates made an extremely interesting historical find of a fully preserved skeleton and real gold coins. Will this provide the final clue in understanding the ways of the ancient people who lived here? 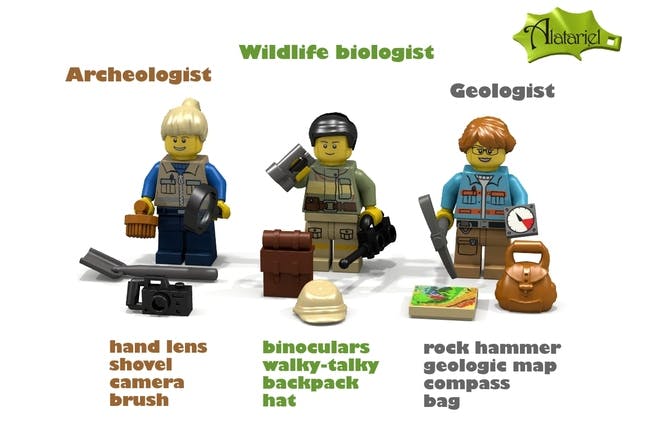 These fan-created Lego Ideas sets require 10,000 supporters before going into the review phase to be considered for approval. If approved, the set goes into a limited production. Right now Science Adventures has more than 3,677 supporters with 350 days left to go.

1/3 of the way towards a new #LEGO product! Please keep spreading the word of Brick #Science! https://t.co/AQd7JzStCK pic.twitter.com/c5iTzcSHnA

From the comments it’s clear people are eager for more science-oriented Lego. Lego Ideas user nicoleebeale said that as a woman archaeologist, she thinks this is a much-needed set.

“I’m often struggling to find appropriate toys for my nieces and nephews that are fairly representative of potential careers in science,” she said.

Another user, Angrycelt, wrote “my girls love the first set, and were very excited to see there’s a second on the horizon.”

You can learn more about the set and add your support by visiting the Lego Ideas project page.