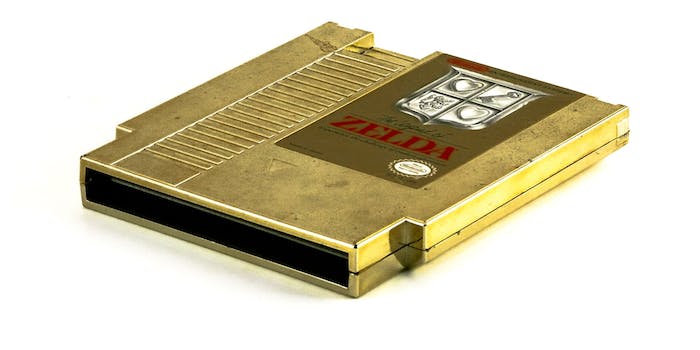 The Legend of Zelda live-action series, coming soon to your Netflix.

Well, we didn’t see this coming. According to the Wall Street Journal, Netflix and Nintendo are working on a live-action series based on The Legend of Zelda.

The series would follow Link in his quest to save Princess Zelda in the high fantasy world of Hyrule. Netflix describes it as “Game of Thrones for the family.” All the Legend of Zelda games have been rated either E, for everyone, or T, for teen, so the show probably won’t go past PG-13 territory.

Still, this report brings about a lot of questions. Link has been a silent protagonist since his first game’s release back in 1987. Barring the Philips CD-i Legend of Zelda games released in the early ’90s, and the animated series, Link has never uttered a full sentence.

Right now Netflix and Nintendo are trying to find the right writer to pen a script for this potential series. We do say potential because Nintendo could pull the rug at any point. The company has been notoriously protective of its intellectual property, and doesn’t even like the idea of YouTubers streaming its games without proper consent.

Without a writer, the series is still far away from becoming a reality. Either way, we will keep cautiously optimistic eyes on any developments.