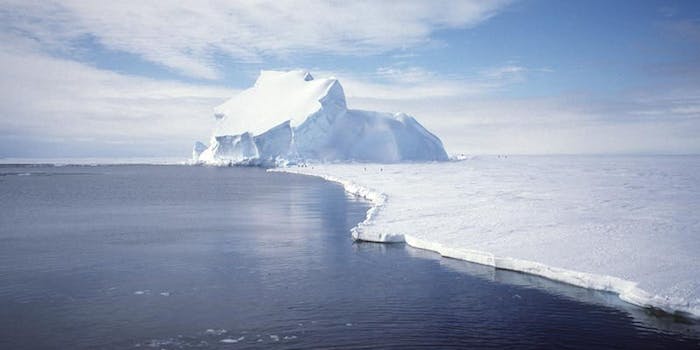 NASA says Antarctic ice shelf could be gone by 2020

The collapse of the Antarctic ice shelf will contribute to sea level rise.

The Larsen B Ice Shelf—located on Antarctica’s pointy bit clawing at the bottom of Chile—will rapidly melt away into the sea over the next couple of decades NASA announced Friday in a press release.

The shelf initially collapsed in 2002 over the course of six weeks, but aerial surveys conducted by the agency say that it is on its way out to sea rapidly, inevitably contributing to sea level rise and worsening climate change.

The 625-square-mile shelf had stood for at least 11 or 12,000 years, according to the study’s lead researcher, Ala Khazendar. But after its initial collapse, scientists have observed that the tributary glaciers that contributed to the ice shelf are flowing at a faster and faster rate.

“A huge, widening rift that has formed near the ice shelf’s grounding line will eventually crack all the way across,” NASA said in the press release. “The free-floating remnant will shatter into hundreds of icebergs that will drift away, and the glaciers will rev up for their unhindered move to the sea.”

“It is certainly a warning,” Khazendar said at the end of an accompanying video (below.) “The conclusion is inescapable.”