5 things a show about Superman’s granddad could do, but won’t

Smallville lasted for 10 seasons. Here's some advice for how the Supergranddad show can measure up.

Syfy is developing a new Superman prequel series, but this one will take place a long time ago, on a planet far, far away from Smallville.

Krypton was conceived by Ian Goldberg (Flashforward) and David Goyer (Constantine, Man of Steel) and will focus on Superman’s Kryptonian grandfather, putting it even further from its superhero origins than Gotham.

Since this feels like the 500th superhero adaptation announcement in the past month, it’s difficult to muster much enthusiasm. So instead, here’s our vision for the ideal version of this as-yet nonexistent TV show.

Kryptonians have a well-established history of ridiculous outfits, both in the comics and in several Superman movies. 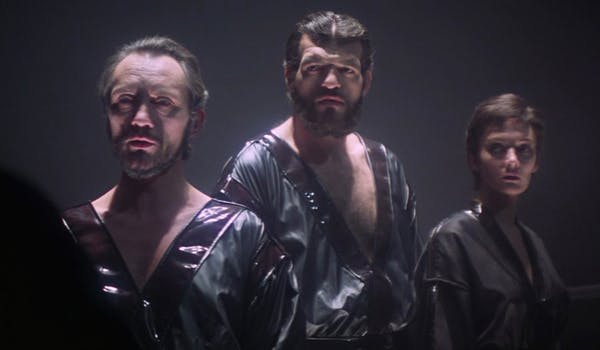 These days, sci-fi TV is way too concerned with looking sensible and realistic. Krypton should embrace its heritage and have its main characters dress in shiny jumpsuits like Terrence Stamp’s General Zod, or bulky armor and capes like Russell Crowe in Man of Steel.

2. A protagonist who isn’t a white guy

The main character in Krypton is Superman’s grandfather, so we’re going to go out on a limb and assume that they’ll cast a white man in the role, just like most other comic book shows. But just imagine if they didn’t! Or if Krypton focused on Superman’s grandmother instead! Ah, we can dream. That is, until the show airs and we see that David Goyer has produced yet another comic book adaptation about an angry white man punching things.

3. Links to an expanded universe

DC has been licensing TV adaptations all over the place, leading to a roster spread across CBS, NBC, Fox, Syfy, and the CW. With the exception of Arrow and The Flash, none of these shows exist in the same universe, making it impossible to include crossover events like Marvel does with Agents of S.H.I.E.L.D.

Gotham can never show Batman or solve Gotham’s crime problem, and can’t be linked with DC movie continuity. But Krypton is set so far in the past that it doesn’t necessarily suffer from the same constraints. They can do whatever they want because Krypton is due to blow up in a few decades. They could even set up some new background for Superman’s role in the wider DC universe. Unfortunately, they probably won’t.

When was the last time we saw a mainstream sci-fi show that really made an effort to invent a non-human society? Farscape? Most of us don’t know much about Krypton outside of Superman’s origin story, so this show could really push the boat out in terms of worldbuilding.

Out of all the points we’ve listed here, this is (hopefully) the most likely to  actually happen. THR‘s announcement makes Krypton sound like a story about the rise of a dynasty, before Superman’s father, Jor-El, caused the house of El to be “shamed and ostracized” by Kryptonian society. With Gotham aiming to be a gritty urban crime drama and Constantine as a fantasy/horror show, perhaps Krypton could be a kind of House of Cards for comic book fans. Lots of backstabbing and lofty political ambitions—but in space.