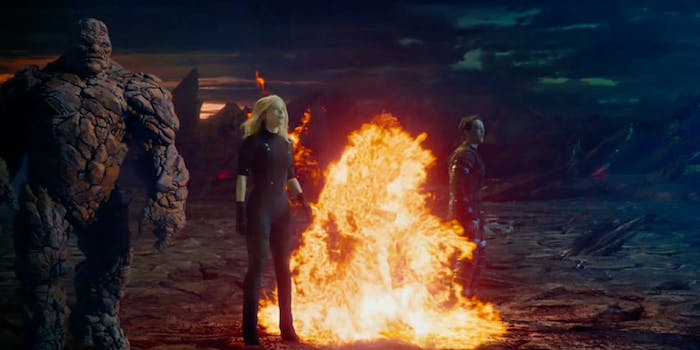 It would've been a much different film, he says.

Fantastic Four is finally in theaters, and critics and fans alike don’t like it—and that’s putting it lightly. It’s so disliked that the man behind the film tried to respond to all of the criticism by shifting the blame onto someone else.

Director Josh Trank (who previously directed Chronicle) revealed Thursday night that he had a different, “fantastic” version of Fantastic Four, but that’s not what made it to the screen. Although he doesn’t explicitly say it, Trank appears to imply that the studio took creative control of the film and formed a vastly different end product than his original vision—one that’s getting panned by most of its viewers.

Trank has since deleted his small outburst and is back to retweeting the rare amount of praise he’s received for Fantastic Four from fans. Meanwhile, the film’s stars tried to buffer the impending backlash before they even saw it, with Miles Teller stating that big blockbuster films don’t rate highly on Rotten Tomatoes (even though they can).

According to Hollywood Reporter, Fantastic Four was plagued by challenges, communication issues, and reshoots taking place just three months before the film’s release. But we’ll probably never find out whether Trank’s assessment is spot on or a bit of a stretch.