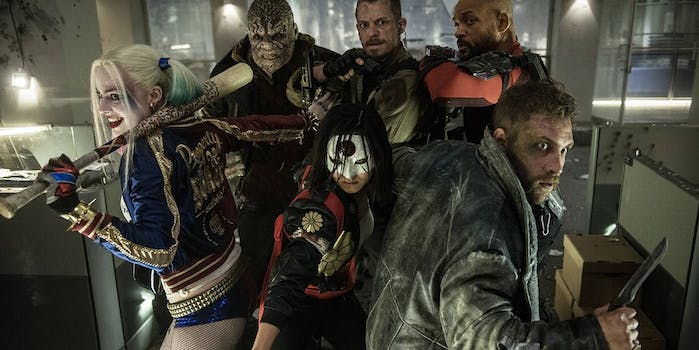 J.K. Rowling spoke out against racism and misinformation in a blog post about Britain's E.U. referendum.

J.K. Rowling rarely shies away from sharing her opinion on political issues, so it’s no surprise that she has weighed in on the Brexit debate. In an impassioned blog post about Thursday’s E.U. referendum, she warned Britons against voting to exit the European Union.

Rowling’s post, which namechecks Donald Trump as “a man who is fascist in all but name,” highlights the dangers of misinformation about the European Union, and decries the spread of anti-immigrant sentiment in the U.K.

At the moment, polls on the Brexit (a hybrid of “Britain” and “exit”) referendum are too close to call. The debate has grown increasingly tense over the past couple of weeks, with the Pro-Brexit, or “Leave,” campaign accused of racism after releasing an anti-immigration poster that closely resembled Nazi propaganda. (Immigration is a key issue, as many people believe that leaving the E.U. will allow Britain to tighten its border controls.)

Monsters, villains and the EU referendum, by me.https://t.co/uJRPnhBWT7

“For some on the Leave side,” Rowling writes, “the E.U. is not merely imperfect, or in need of improvement: It is villainous.”

“The union that was born out of a collective desire never to see another war in Europe is depicted as an Orwellian monolith, Big Brotheresque in its desire for control. Widespread confusion about what the EU does and does not do has been helpful to Leave. The results of a recent IPSOS/Mori poll reveal the depth of our ignorance.

We dramatically underestimate the amount of international investment we receive from the EU, while grossly overestimating how many laws it makes, how much it spends on administration and the number of EU immigrants in this country. In some cases our guesses were out by factors of ten.”

Criticizing the rise of nationalism and xenophobia, Rowling advised readers to “look towards the Republican Party in America and shudder.”

“‘Make America Great Again!’ cries a man who is fascist in all but name. His stubby fingers are currently within horrifyingly close reach of America’s nuclear codes. He achieved this pre-eminence by proposing crude, unworkable solutions to complex threats. Terrorism? ‘Ban all Muslims!’ Immigration? ‘Build a wall!’ He has the temperament of an unstable nightclub bouncer, jeers at violence when it breaks out at his rallies and wears his disdain for women and minorities with pride. “

For the past few days, Rowling has been tweeting and and sharing a steady stream of anti-Brexit coverage, from poetry about refugees to dire warnings about the future of the British economy.

I don't want to leave a union that has brought more peace and stability to the region than it has ever known #Remain https://t.co/lsPqxUKe7k

Concluding her argument in favor of voting “Remain,” Rowling admitted that the European Union is far from perfect. But as she points out, “Which human union couldn’t use improvement? From friendships, marriages, families, and workplaces, all the way up to political parties, governments, and cultural economic unions, there will be flaws and disagreements. Because we’re human.”