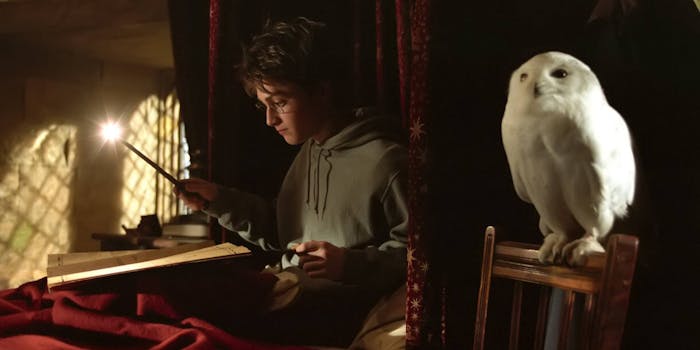 Seven-year-old Bana Alebed tweets to 87,ooo followers every day, sharing news from her life in Aleppo, Syria. Like many kids, she’s a Harry Potter fan, but it’s hard for her to find copies of the books in the middle of a war zone.

After Bana watched one of the Harry Potter movies, her mom Fatemah used Twitter to go straight to the source: J.K. Rowling.

Hi @jk_rowling I watched Harry Potter movie, Bana would like to read the book.- Fatemah #Aleppo

Rowling replied, but Fatemah explained that it’s a more complicated situation than simply hoping Bana can read the book.

she wants to but we don't have it here. We watched the movie before. How do we get?

I do know that, sadly. I would love to send Bana a book if I could.

With Aleppo currently under siege, Bana and her mother are still able to speak out on Twitter, but something as simple as a book delivery is outside their control.