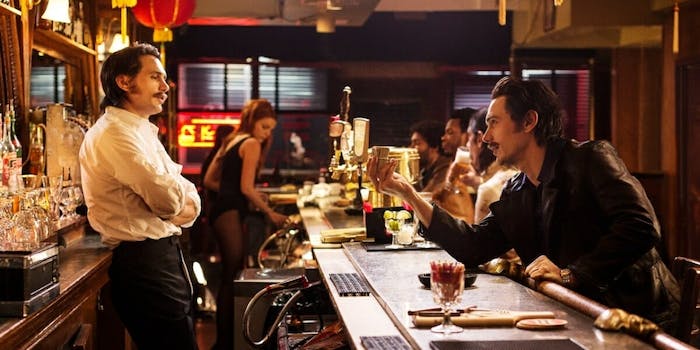 It's a Multiple Man movie in a similar vein to 'Logan' and 'Deadpool.'

The rumors are true: James Franco is making an X-Men spinoff movie.

The spinoff will star Franco as Jamie Madrox the Multiple Man, an obscure but temptingly weird character from the X-Men franchise. Madrox can create duplicates of himself and is best known for his role as a detective in the X-Factor Investigations comics. He doesn’t fall on an obvious side of the hero/villain binary, previously appearing as one of Magneto’s henchmen in X-Men: The Last Stand.

Multiple Man is still in the early stages of development, but Franco confirmed to the Hollywood Reporter that he’s “producing and performing in it.” Wonder Woman writer Allan Heinberg is working on the screenplay.

“What I love about what [producer] Simon Kinberg and Fox and the X-Men people have done with Deadpool and Logan—it took a while to get there, maybe 10 years — but they are going to go hard R,” said Franco. He also said they’re planning to “really push it into a new genre,” although he didn’t say what genre that would be. Crime drama would be the predictable choice, but if there’s one person we can trust to get weird, it’s James Franco.

Currently starring as a pair of twins in HBO’s The Deuce, Franco already has experience acting opposite himself. If all goes to plan, Multiple Man may allow him to fulfill what we assume is a lifelong dream: getting to make out with his own clone.

The next two X-Men franchise movies are X-Men: Dark Phoenix and New Mutants, both out in 2018. Channing Tatum‘s Gambit movie is still allegedly in the works for 2019, but we’ll believe that when cameras actually start rolling.