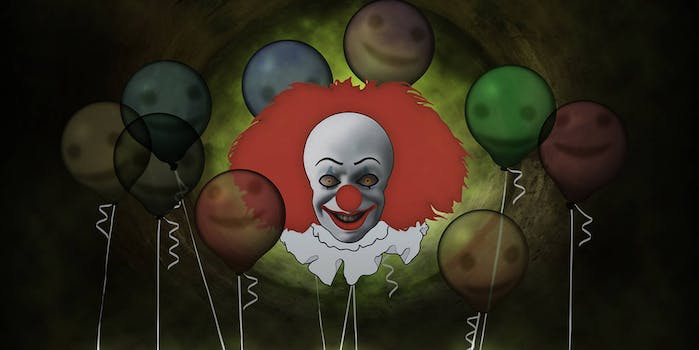 It's coming next year.

The horror of our youth finally has a release date.

Stephen King’s It is headed for the big screen in a two-part adaptation, with the first film to be released on Sept. 8, 2017, Entertainment Weekly reports.

The project was put on indefinite hiatus last year when True Detective and Beasts of No Nation director Cary Fukunaga pulled out of the film, reportedly due to budget disputes.

It will reportedly be directed by Mama‘s Andy Muschietti. Producer Roy Lee told Entertainment Weekly earlier this year that the movie is keeping in line with the acclaimed novel, which was the best-selling book of 1986:

It tells the story of a shapeshifting being that appears as the freaky clown Pennywise or other nightmarish forms in order to prey on children. The first It adaptation was made for ABC back in 1990. Muschietti’s film will be the first adaptation of the book to make it to the big screen.

Production is set to start in June of this year.