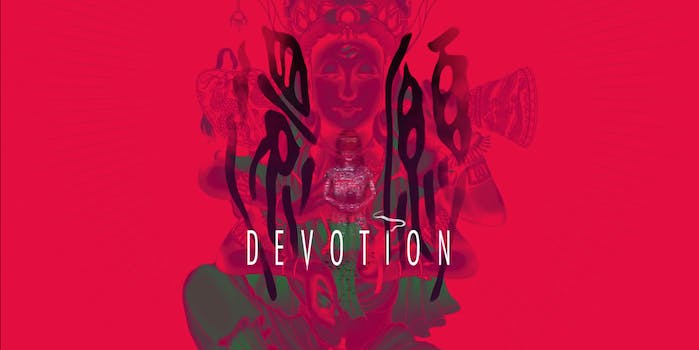 If a recent incident with indie game publishers Indievent and Winking Entertainment is any indication, making fun of Chinese President Xi Jinping is strictly off limits.

Several months ago, a title from the publishers made a brief debut on Steam only to be abruptly removed. The developers of Taiwanese horror game Devotion claimed the removal was to rectify glitches, but the game never returned to Steam. Many fans assumed the stall was to remove a poster within the game mocking Xi. Now, Indievent’s business license in China has been removed by the Chinese government, Game Informer reports.

When Devotion was removed from Steam in February, many fans assumed the poster—which compared Xi to Winnie the Pooh and called him a “moron”—would be removed and the game would quickly return. With the elimination of Indievent’s business license, however, it is uncertain if the game will ever be available again. During the game’s absence from Steam, users who disagreed with the game’s criticism of Xi review-bombed the game. As a result, the game swiftly fell out of Steam’s “Overwhelmingly Positive” category.

The game’s developer, Red Candle Games, has not clarified if the game will ever come back. The Chinese government did not give a specific reason for Indievent losing its license. The government said the publisher violated “relevant laws,” according to an account from Iain Garner, the founder of Another Indie. As of yet, it does not appear the government has exercised similar discipline on Winking Entertainment.

Red Candle’s previous game, Detention, criticized the oppressive regime that China imposed on Taiwan at the end of World War II. The story of Detention is based on a period of time known in Taiwan as “The White Terror” when martial law was active for nearly 40 years. Red Candle’s developers say the game was inspired by stories their grandparents told them of what Taiwan was like during this time.

Incited by a massacre taking place on Feb. 28, 1947, after Chinese forces beat a Taiwanese widow they suspected of selling contraband cigarettes, “The White Terror” resulted in the deaths of approximately 20,000 people based on census data. At the time, it was considered an infraction if Taiwanese citizens read censored or banned material that the oppressive Chinese regime did not approve of.