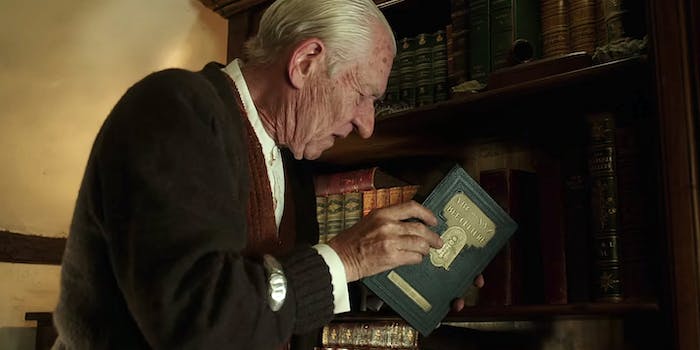 Did you know Ian McKellen is starring in a Sherlock Holmes movie this year? We can't wait!

Sherlock Holmes has been portrayed on film more times than any fictional character in existence. He’s appeared in more than 250 different movies and TV shows, and adaptations like Sherlock, Elementary and Robert Downey Jr.’s Sherlock Holmes franchise prove that there’s still room for the character to develop.

The latest Holmes adaptation explores a topic that rarely makes it to the big screen: the great detective’s old age. Mr. Holmes, starring Ian McKellen, takes place in 1947, when Holmes is 93 years old and living in a cottage in Sussex. This idea was briefly mentioned in one of Arthur Conan Doyle’s later short stories. The first clip from the new movie sees McKellen’s aging Sherlock Holmes discussing his final case with a young boy.

Mr. Holmes is adapted from A Slight Trick of the Mind by Mitch Cullen, one of the many Sherlock Holmes novels published by other authors after the original stories were (at least partly) released into the public domain. It may not play to the same crowd as more adventurous versions like Sherlock, but it will still appeal to the many old-school Conan Doyle fans who yearn for a more serious exploration of the character. Plus, it helps that they cast such an iconic actor in the lead role.