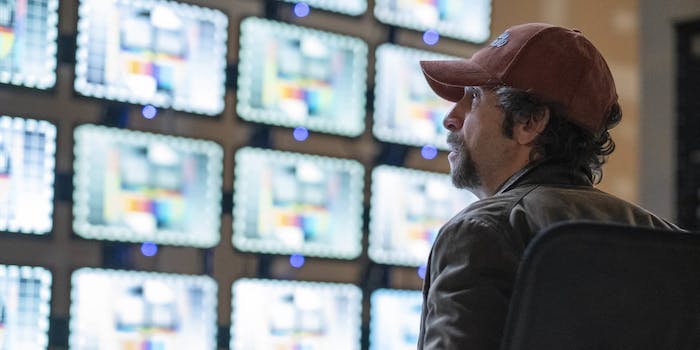 HBO’s ‘Watchmen’ and the fantasy of competence

Does HBO's 'Watchmen' spend too much time trying to over-complicate the banality of evil?

Watchmen thrives on a popular theme for American crime TV: the fantasy of competence. The idea that evil can only succeed thanks to the machinations of super-smart villains, giving the audience a deliciously complex plot to unravel.

Serial killer dramas are the classic example, promoting the stereotype of genius psychopaths playing cat-and-mouse with police. In reality, serial killers often go free due to a lack of interest in investigating the deaths of vulnerable minorities. Meanwhile, shows like CSI verge on propaganda for high-tech forensic techniques, which either aren’t wholly reliable in real life (blood-spatter analysis, lie detectors, and even DNA matching) or simply don’t get used (like all those untested rape kits piling up in storage.) These crime dramas are narratively satisfying, but offer a skewed view of law enforcement—and that’s before we even start on the issue of police brutality. Watchmen obviously has a less rosy attitude to the police—in fact, its best episode draws a direct connection between the NYPD and the Klan—but its deeper political story relies on this same fantasy of hyper-competent villains. It’s a matryoshka doll of elaborate conspiracies, all executed with stunning efficiency.

This type of fantasy is the key appeal of superhero fiction. We all enjoy watching people be good at stuff! That’s the whole point! By definition, the genre is about unique heroes defeating bad guys who can’t be taken down by conventional means. But when you use this framework for a story with more realistic politics, problems emerge. On the surface, Watchmen’s vigilantes are fallible and often useless, while the uniformed cops are thugs. But the more we learn about the show’s alt-history timeline, the more dubious I feel about its complicated background. Watchmen invites analysis, and it wants us to think seriously about real historical events like the Tulsa Massacre. At the same time, it celebrates conspiracy theories and puzzle-box storytelling, offering satisfying explanations for clever, complicated problems. As we near the end of the season, these elaborate twists may actually undercut the more realistic social commentary. And that’s partly because the villains—or rather, the secret cabal manipulating American politics from the shadows—are so incredibly, implausibly good at what they do.

Early on, the Seventh Kavalry seemed like a facile but plausible depiction of a KKK-inspired gang: a squad of white bigots who adopt the imagery of a far-right outsider, Rorschach. Then, in episode 5, we learn they’re actually a high-tech operation backed by Senator Keene, plotting to execute some mysterious scheme with a teleportation device. The Kavalry achieve all this without anyone finding out, and they’re willing to die to keep that secret. One actually takes a suicide pill to protect the cause.

Further up the foodchain, numerous elected officials have kept their mouths shut about what really happened during the 1985 squid attack, with no one leaking what they saw in those videos from Adrian Veidt. And we’re talking politicians from both sides of the aisle here, working together to prop up Robert Redford’s presidency, which was supposedly launched by Veidt’s personal machinations. At the same time, Lady Trieu has another elaborate plan in the works, also kept completely secret.

I’m reluctant to make a full judgment before the finale, but right now I have mixed feelings about Watchmen’s attitude to conspiracy theories. On the one hand, we get thoughtful examinations of racism and generational trauma, while on the other hand… the Democratic Party is at the head of a machiavellian squid cover-up. This kind of elaborate scheme is the bread and butter of supervillain fantasies, but it offers an overcomplicated explanation for real problems we already understand. In our own timeline, structural racism flourishes thanks to simple, stupid bigotry and greed. The police don’t need paranormal hypnosis or complicated political conspiracies in order to disguise their identities or brutalize civilians; they just do it.

Watchmen relies on us accepting these meticulously organized plots, from the Seventh Kavalry’s secret plan to Lady Trieu’s strategic genius—a far cry from the bumbling disaster of Elon Musk, who partly inspired her role. Instead of being hamstrung by petty incompetence and infighting, Watchmen’s U.S. government is capable of executing an incredibly complicated cover-up. It’s basically the fantasy of people who believe in Jade Helm or Pizzagate, because the banality of evil just doesn’t make such a good story.