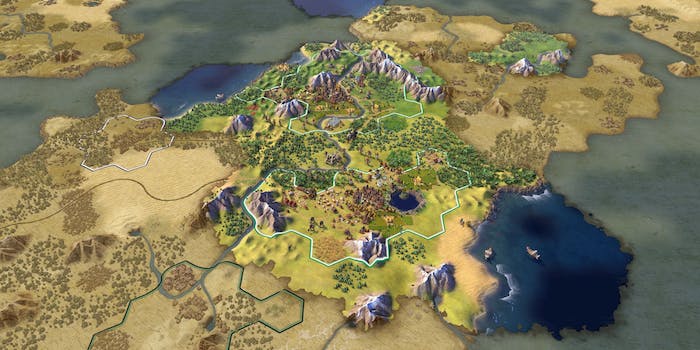 The changes for Civilization 6 are exciting.

How do you please the demanding players of the Civilization series who want new content but don’t want the game’s successful formula changed too much?

This is the question that rolled through my head as I arrived for my demo of Civilization 6 at E3. I immediately noticed the striking aesthetic changes. Civ 6 looks more cartoonish than Civ 5 with much higher color saturation.

The individual figures that represent units like Settlers, Workers, and military forces are larger and more detailed, which makes them more interesting if you’re playing Civ 6 in a close-up camera view.

I had expected the graphics to be different from Civ 5. I did not, however, expect the huge overhaul to the way cities are built and the way civilizations evolve socially in Civ 6.

The changes are significant but they all make perfect sense, and I just wanted to take the game home once I’d wrapped my head around how Firaxis Games has evolved Civ’s design and once I’d grasped all the possibilities. 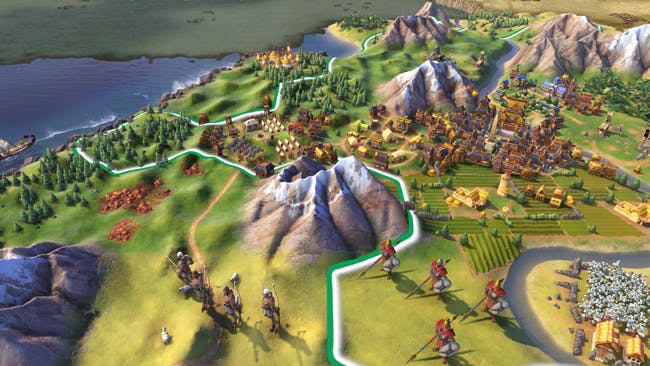 Past Civilization games take place on hex maps, and cities usually occupy a single hex. Any new buildings or Wonders of the World you add to those cities also exist within that same hex. As the city grows in size and your level of technology improves, the graphics will change—huts become brick buildings become skyscrapers—and the number and size of the buildings will change. But that’s it.

In Civilization 6, the hex where you found a city will still have buildings with changing graphics and sizes as the city grows larger and your technology grows more sophisticated, but many of the buildings that used to exist within the city will now occupy their own hexes.

Barracks are one of the earliest buildings you may add to a city. They now occupy their own hex, rather than existing within the city itself. Let’s say you want your civilization to add the Great Pyramids wonder. That also will take up its own hex. As your city grows, it will therefore actually grow on the map, occupying more and more space.

You will still build improvements to hexes like roads, farms, and quarries, but you will also build city sectors that occupy an entire hex and are dedicated to a specific purpose. Certain buildings that used to exist within the city now will have to be built in their own hex and will also have to be built within a specific type of hex—a sector—that’s been adapted specifically to support that type of building.

These are radical changes to the basic Civilization formula, but they didn’t feel out of place. The result of this design evolution is that city placement will become its own strategic game within the larger game.

You’ll have to think more carefully than ever about where you build your cities—to make sure that future expansion will eventually grant your city access to all the types of hexes required to build all the kinds of sectors you need to support all your future improvements. 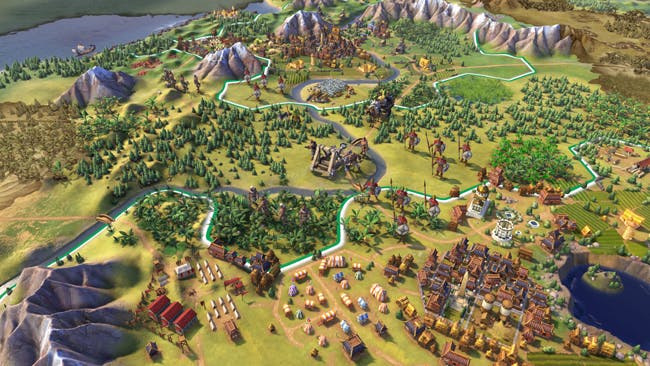 Some of the recurring technologies in the Civilization design aren’t really technologies per se, like Chivalry or Theology. They’re clearly different from proper technologies like Metal Casting, Steel, or Physics.

Firaxis, therefore, decided that in Civilization 6, advancements like Chivalry or Theology will no longer exist on the Tech tree, but on their own research tree called Civics.

This means you will now have two different research trees in play at all times. This is another radical change that still makes sense. After all, societies could focus more on social development than on technological development.

I asked some Firaxis developers whether separating research into Tech and Civics trees would mean being able to double the speed at which your civilization develops. After all, if I can research Theology and Physics at the same time, instead of having them both on the same tree and needing to research them one after the other, wouldn’t that mean I get twice the advancements in the same amount of time?

According to the developers, this would be very difficult, because Tech and Civics research draw from different resources. You would need to develop both types of resources simultaneously and at the same rate, which would be tough to balance with all the other goals you need to build your civilization.

Civ 6 will give you research bonuses to help you on your way. When you make discoveries in the world, you can gain partial research in specific advancements. If you discover a new ocean, for example, you may gain progress toward the Sailing technology—even if you’re nowhere near being able to research Sailing on your Tech tree.

When you finally do work your way through technology research to make Sailing available, you’ll already have made some progress toward completing the research, on account of having discovered that ocean.

Working in parallel to the new Civics tree is an overhaul to the way governments work in Civ 6. Each type of government can support a certain number of Policies that offer bonuses to your civilization. Policies are organized by type, for instance Military, Economic, and Diplomatic policies.

I left the 2K Games booth more excited for Civilization 6 than I was for almost every other game at the Expo. All of the changes Firaxis has made are strikingly different from my previous experiences playing Civ, and they also make perfect sense.

Civ 6 is going to be both familiar and feel like an entirely new game, which is entirely what you want from the next game in the series if you’re a Civ fan.

Civilization 6 will be released Oct. 21 for PC.