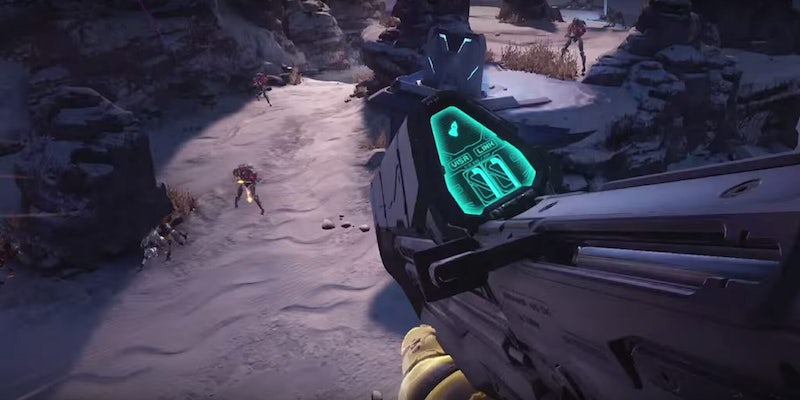 Get hyped for Halo 5 with this new gameplay trailer

We’re about two weeks away from the release of Halo 5: Guardians, Microsoft’s big game this holiday season, and there’s one stop left on the hype train.

Microsoft released the official launch trailer for Halo 5. Some of this we’ve seen before, like footage lifted from the two opening cinematic videos released on YouTube. The overall plot of the game—the pursuit of Master Chief and his Blue Team of renegade Spartan-II super-soldiers by Spartan Locke and his Spartan-IV team—has been hammered into Halo fans for months since E3.

For anyone who has yet to step on board the hype train, the official gameplay trailer is a nice summary. For all the Halo fans specifically, the new trailer gives you some fresh looks at campaign footage.

Halo 5: Guardians will be released for the Xbox One on Oct. 27.