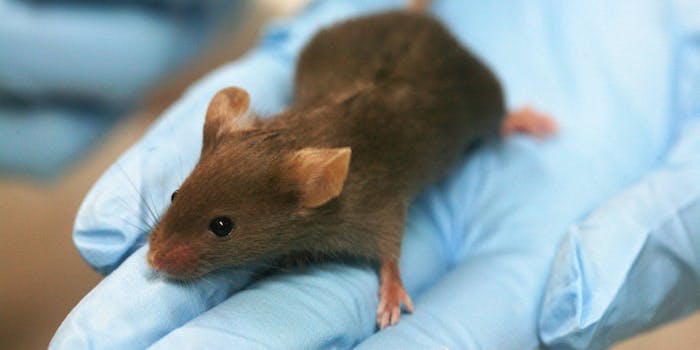 Brains may have their own version of Google maps, according to study of mice

Have you ever wondered how anyone actually knows where they’re going? Not in the metaphorical sense (no one knows the answer to that), but in the literal, physical one, that is.

Well, scientists believe they’ve cracked how our brain maps out new locations in our memory, and how we learn to find a specific location within it—and it’s not terribly different from how traditional paper and digital maps work. In a new study published in the journal Neuron, researchers examined the brains of mice as they explored a new location, and then as they were tasked to look for a specific place within that location later.

They found that two layers of cells within a part of the brain called the hippocampus had specific relationships to how the mice learned to navigate their new location. The upper of the two layers mapped out the location with neurons that would fire signals that related to the layout of the space itself and stayed pretty stable throughout all the experiments. The lower layer, however, would fire seemingly at random when the mouse was just exploring its new territory. But once the mouse had to find a specific place to get a reward, all neurons were set to fire in conjunction with that location. Essentially, the lower layer was the big “X” that marked the spot on the map.

To do this, the researchers put the mice on a treadmill designed to help simulate the sensation of walking through a new environment. Much like the old cartoon gag where the main character is duped into walking on a treadmill as painted scenery scrolls by, the mice walked along a little treadmill with varying textures and visual patterns. That helped them essentially stay in place while the researchers could use a high-powered microscope to record the firing of individual neurons.

This research not only helps researchers understand how we get to know our physical environments, it also challenges some commonly held beliefs about how the hippocampus works. The hippocampus is associated with navigation and encoding memories.

“In many ways the hippocampus was thought to be a tabula rasa [a blank slate,]” Attila Losonczy, one of the paper’s authors and a neuroscientist at Columbia University’s Zuckerman Institute told the Daily Dot.

Neuroscientists thought that individual brain cells within the hippocampus would play a role in all the various tasks of the hippocampus. A single cell might encode a memory one minute, call up an old memory the next, and make a note of where the nearest gas station to your apartment is the next. Each task was separate from the last and unrelated to the next.

“But really, that is not true. We know a lot about the anatomy showing that these cells are not the same,” Losonczy said.

Instead, the researchers found evidence of specialization at a very granular anatomical level within this structure of the brain. Losonczy said that the two layers in question are only about 25 microns apart—that’s roughly a quarter the width of a human hair.

“The finding is important because it enriches our understanding of how these two functions in navigation (stable map, marking currently important places) are organized,” Howard Eichenbaum, a professor of neuroscience at Boston University, said in an email to the Daily Dot. Eichenbaum was not involved with the study.

Understanding that organization might paint an optimistic future for people who have deficits in certain areas in memory and navigation. Future therapies that can target problems on a cellular level can benefit from understanding the anatomical structure of the hippocampus, Losonczy said.