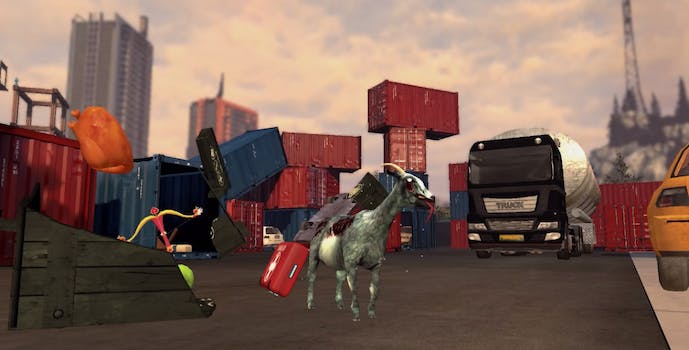 Goats destroying small towns with slapstick antics is nothing compared to goats armed with chainguns mowing down zombies.

Coffee Stain Studios has announced a zombie-themed downloadable expansion pack for its popular Goat Simulator game. The expansion, fittingly titled GoatZ, pokes fun at zombie games in general, survival games like DayZ and Rust in particular, and Steam’s Early Access program, which allows gamers to pay for access to in-development and broken builds of games before their official release. (DayZ, Rust, and H1Z1 all are making or made use of Early Access.)

The GoatZ trailer may be one of the most honest video game advertisements we’ve seen in a while. It promises all the bugs and bad scripting one might expect from Early Access survival games. But GoatZ promises to deliver them in a bona-fide final release.

Anyone taking this game seriously would do well to remember that it’s a Goat Simulator expansion pack. If you want a serious zombie game, look elsewhere.

GoatZ will be released Thursday for PC on Steam.