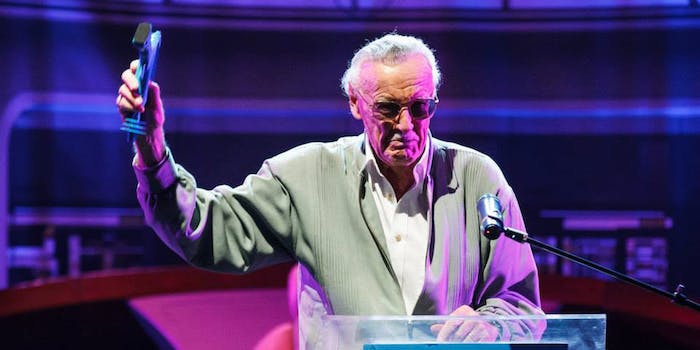 Everything you need to know about the 2014 Geekie Awards

An awards show by geeks, for geeks.

When someone starts talking about the Oscars, Grammys, or Emmys, most people know what they’re referring to and what generally happens during the show. But what about when someone mentions the Geekie Awards?

In only its second year, the Geekies are being held Sunday night at the Avalon Hollywood. The event describes itself as “an award show by geeks for geeks, celebrating the highest quality geek-genre content, art, games, and products in the world.” While the award show is fairly new, it made a splash last year in geek culture and beyond. As a result, it’s gained even more sponsors to make it bigger and better this year.

If you haven’t heard of the Geekies, or have sort-of heard about it but aren’t completely sure what to expect, we spoke with creator and showrunner Kristen Nedopak to get all the details.

How it all started

Nedopak came up with the idea when she noticed a lack of awards shows for independent creators and those creating geeky content.

“As a creator and filmmaker, my speciality is sci-fi and fantasy,” Nedopak told the Daily Dot. “I started submitting stuff to festivals and all, and would be contacted about potentially getting nominated for best costume, but they wouldn’t take the rest of the work seriously. At the Oscars and Emmys, with the exception of movies like Lord of the Rings, which no one can deny is amazing, the types of films geeks cover, like superheroes, are thought of as only fun entertainment and nothing to be taken seriously. Yet comics and video games have some of the best stories I’ve seen.”

She came up with the idea for the Geekies in 2010, and the first show took place in Los Angeles last year. It has all the hallmarks of your usual awards show, with celebrity presenters, a red carpet, and industry awards. Nedopak hopes people look past the typical show trappings.

“It’s about the mission of supporting art, gaming, filmmaking, fashion, and all of these things,” she said. “We have a mission to let these creators know that they’re not working in a bubble and their work is amazing and should be seen by the world. If people take anything away from the show, I hope it’s that we have to support these peoples’ careers and build independent artists, who will hopefully come back and be presenting themselves one day.”

In 2013, there were only nine awards given out at the Geekies, in addition to three industry awards. The three industry awards—Geek of the Year, Stan Lee Lifetime Achievement Award, and Geek Cred—have remained the same for 2014. However, the other awards have expanded to highlight 12 different categories in geek culture. This year’s categories are the following: Best Art and Craft, Best Cosplay, Best Comic and Graphic Novel, Best Fashion and Armor, Best Personality, Best Podcast and Vlog, Best Short Film, Best Tabletop Game, Best Trailer and Video, Best Video Game, Best Web Series, and Best Website and Blog.

When Nedopak was first determining categories for the Geekies, she decided she wanted a focus on digital content, since so much was happening online. Other decisions, like going with short films instead of feature films, were made as a way to incorporate multiple industries in one show without having it be five hours long. With the first show completed, she was able to look at feedback and see how many people submitted to each category last year when deciding categories for Sunday’s show. For example, one of the newest categories, Best Fashion and Armor, grew from feedback that fashion, which was included with art in the same category last year, really needed to be separate, and Nedopak agreed.

Each year, creators are encouraged to submit their own work for consideration in these categories, via the show’s website. Last year, they received about 250 submissions, a number that almost doubled in 2014, when the Geekies received about 475 submissions.

Narrowing these many submissions down to a final list of nominees is up to a group of 70 judges. According to Nedopak, each judge is paired with the category that best fits their specialty. She describes them as people who, “if they entered their own work, would win the category!”

The judges go through a round of scoring the entries to give everyone an idea of top scores, and then they go through many more rounds until they decide on favorites as a group.

One winner is chosen in each category and awarded a trophy during the show, while honorable mentions receive digital badges.

Since this is an awards show, you can definitely expect celebrities to make an appearance among the many talented indie creators. Last year, actor Seth Green presented the lifetime achievement award to comic book legend Stan Lee, who sang a geek anthem during his acceptance speech. Lee will be returning to the Geekies to present this year’s lifetime achievement award to award-winning producer Gale Anne Hurd.

Nedopak said she hopes they can get Lee to attend the show every year, as he’s “always glorious and a bright shining star in any environment.” Other well-known guests will include Jason Ritter, Manu Bennett, Wendy Pini, and this year’s Geek of the Year recipient, Levar Burton.

While it’s fun to have so many familiar names present, Nedopak reiterated that it’s really about the nominees and bringing these two groups together.

“For the nominees, it’s really cool to see their idols on stage and getting to walk up and accept awards from them and in front of all these people,” she said. “The celebrities get to see the person standing there and that this is the next person they should be working with. That’s part of the mission and achieving success with these awards.”

You can watch the Geekies streaming live via Twitch, on Sunday, Aug. 17, 6pm PST/9pm EST.

Photo by Joe Lester via thegeekieawards.com