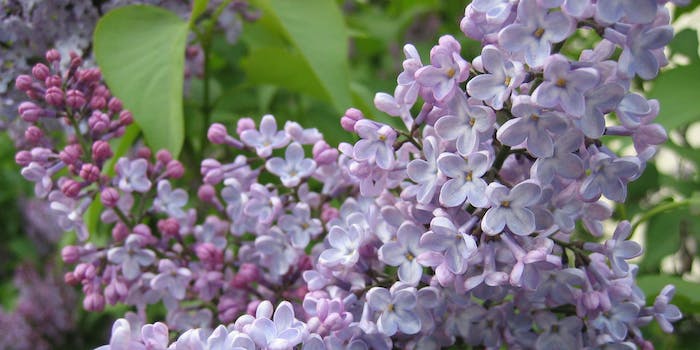 Get your towel and your lilac blossoms, because it's time to geek out.

May 25 is Geek Pride Day, although this is more a matter of coincidence than anything else. The Hitchhiker’s Guide to the Galaxy fan event Towel Day and the anniversary of the first Star Wars movie happen to fall on the same day, along with a third, more obscure nerd event: the Discworld fandom’s Glorious 25th of May.

The Glorious 25th first appeared in Nightwatch, a Discworld novel that took some of its inspiration from Les Miserables. May 25 was the date of a revolutionary battle, the survivors of which went on to wear lilac flowers on the anniversary to commemorate their fallen comrades.

Discworld fans celebrate the day as a kind of in-joke, but this year, after author Terry Pratchett‘s March 12 death, it took on a more poignant significance. Because Pratchett is no longer with us, the Glorious 25th of May became, for the first time, a day of remembrance.

Don your sprig of lilac and fetch your hard-boiled egg – it's the #Glorious 25th! #WearTheLilac #TowelDay #Discworld pic.twitter.com/37pAGgwnX4

But in other corners of fandom, Geek Pride Day is still taking a more cheerful tone. Towel Day sees Hitchhiker’s Guide fans carrying a towel around all day in a nod to a key piece of advice for every interstellar hitchhiker: always know where your towel is.

Happy #towelday to all the froods who know where their towels are! I do :) #hhgttg #dontpanic http://t.co/sRtjs6W4VG pic.twitter.com/nt9auqtVeC

This year’s most exotic #TowelDay location comes from ESA astronaut Sam Cristoforetti aboard the International Space Station. You can’t beat a space selfie, especially on such a nerdy holiday.

Photo via Marisa DeMeglio/Wikimedia (CC BY 2.0)