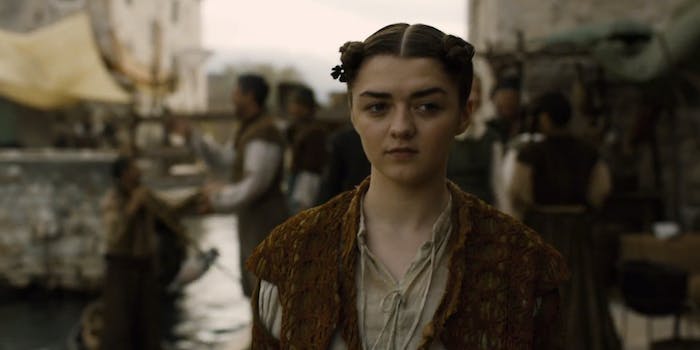 HBO announced the return date for ‘Game of Thrones’

Game of Thrones finally has a premiere date, solving at least one of the show’s vast array of mysteries.

At the Television Critics Association winter press tour Thursday, HBO announced that Game of Thrones would return to TV on April 24 at 9pm, joining Silicon Valley and Veep in its Sunday night lineup. This confirms what some fans had already figured out: The season will debut later in April than it has in previous years.

HBO programming president Michael Lombardo also told reporters that HBO was close to making a deal to renew Game of Thrones for two more full seasons—its seventh and eighth. Lombardo said back in July that Game of Thrones would air for at least two more seasons, but at the time it was unclear if it would be two complete seasons or a seventh season split in two halves, a la the final seasons of Mad Men and Breaking Bad.

One thing HBO isn’t as open about? Whether the poster featuring a bloody Jon Snow means that the show’s biggest character is returning.

“I think it was just titillation in the purest sense and I wouldn’t confirm or deny anything, but it worked very well,” HBO chairman and CEO Richard Plepler told Slashfilm.