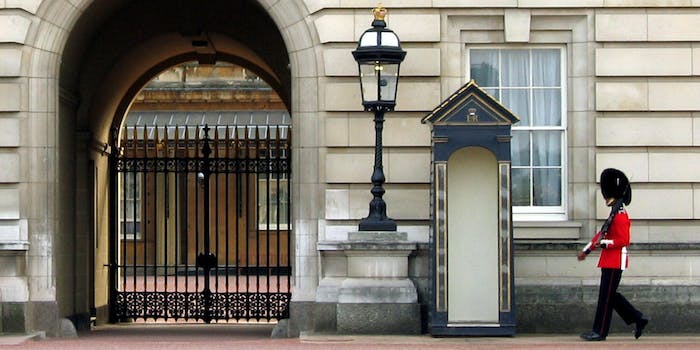 Queen Elizabeth II’s Queen’s Guard may not have Barristan the Bold or Jorah Mormont bolstering its numbers, but they’ve proved they’re no strangers to Game of Thrones by launching into a surprise rendition of the hit HBO series’ theme tune.

There’s been dozens of covers of the Game of Thrones theme song before—just check them out below—but none so regal as this.

This a cappella version puts the beatbox version by the Stark children actors to shame.

The smooth jazz cover by Postmodern Jukebox does make a refreshing change from “Rains of Castamere,” however.

Whereas this 80’s synthpop remix is just… something.

Season Five of Game of Thrones is slated for an early 2015 release.