My visit to the world of ‘Game of Thrones’—in Minecraft

I took an eye-opening virtual journey into the heart of a Westeros that's still under construction.

I find myself on the Kingsroad, the main road used to travel throughout Westeros in Game of Thrones. It’s usually marked by travelers, creatures, or even thieves, but I’m traveling alone and am finally forced to admit to myself that I’m lost. 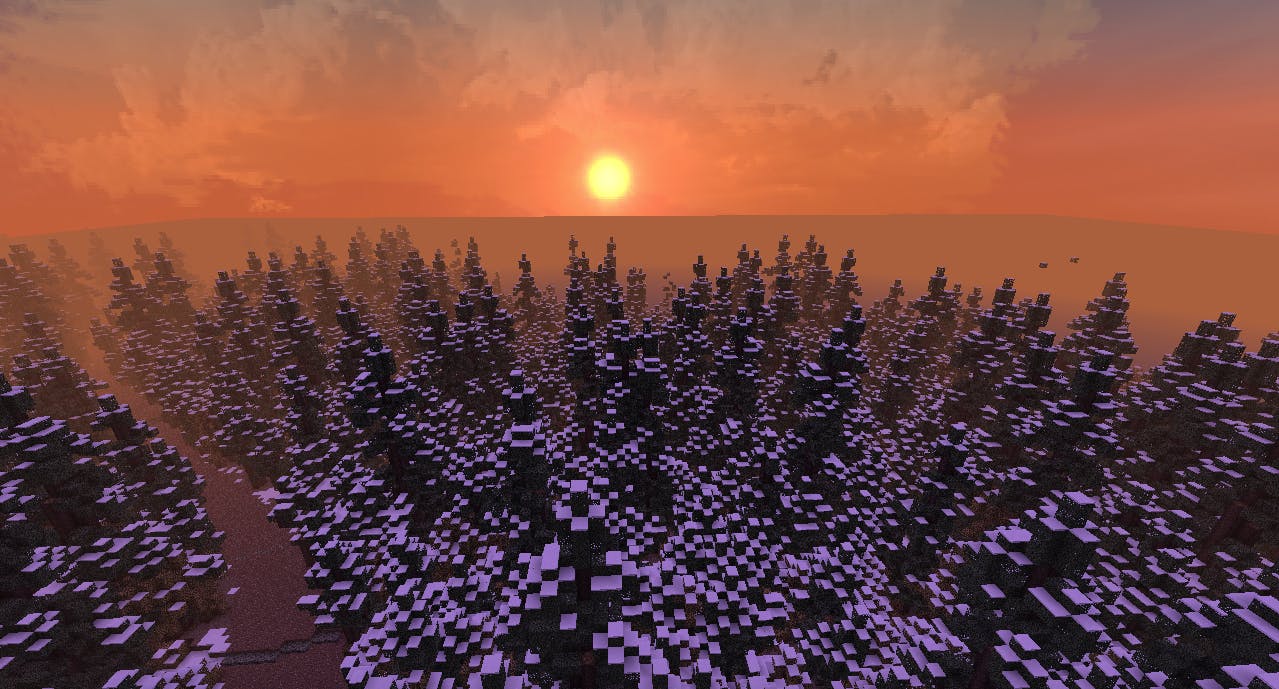 I have a map that displays the area around me on the top right corner of the screen, but that won’t do me any good. I’m surrounded by birch trees and snow and there’s not any sort of landmark in sight, even when I zoom out. What was it—minutes? hours?—since I left the Wall to the north? It could’ve been days for all I know. I just saw a sign giving me an approximate distance to the Dreadfort, home of the Boltons, in blocks, not feet or miles. Winterfell was nowhere in sight.

Pixel by pixel the sun set even lower, revealing a clear and starry night. I’m almost completely in the dark save the moonlight and a few scattered stars, yet no creatures pop out of the woods to attack (or creepers or zombies, for that matter).

I didn’t manage to stumble onto the set of Game of Thrones, nor have I visited the Wall with virtual reality. Instead, I’m in WesterosCraft, one community’s effort to recreate the entirety of Westeros in the world of Minecraft in painstaking detail. 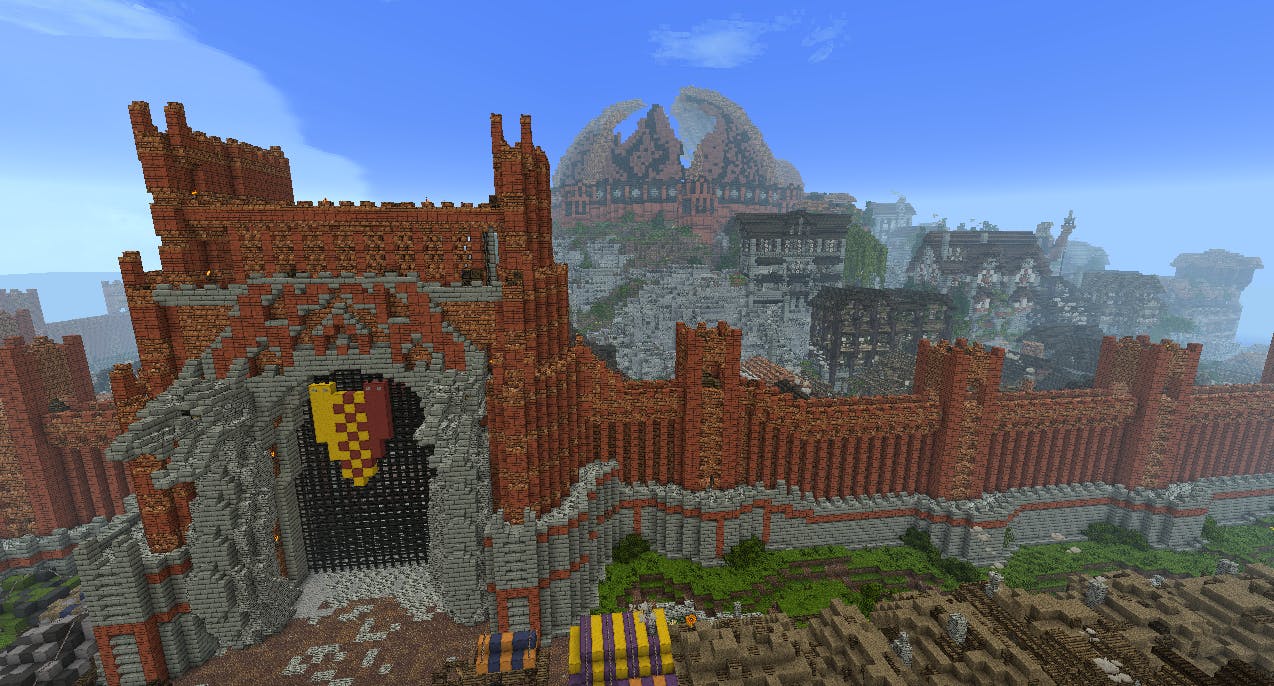 After moving around for about 30 minutes or so in real time without making much headway, it hits me just how vast WesterosCraft really is. To be fair, the site’s FAQ, which breaks down everything for new players, from how to travel—or “warp”—between towns and cities to the different ranks in the game, states that WesterosCraft is “roughly 22,000 x 59,000 blocks.” In the real world, that equates to the size of Los Angeles. The servers manage to support the growing world, and WesterosCraft currently runs on 32GB of ram. We’re just used to condensed maps of far-off worlds that we can fit on a book page or a poster. What could be leagues away in Westeros is usually scaled down to inches on an official map, and when we’re presented with something spread out in an actual distance it blows our minds.

“You can ‘fly’ across the map, from south to north and it takes hours and hours,” Jacob Granberry, the cofounder of WesterosCraft, tells me. “Walking it in game would probably take at least 10 hours.”

Granberry launched WesterosCraft in 2011 with Will Blew, who’s also a technical lead on the project. They drew inspiration from Minecraft Middle Earth, which set out to create J.R.R. Tolkien’s world from his books. Coincidentally, Tolkien was also one of Martin’s inspirations as he penned A Song of Ice and Fire.

What started as a small project with about half a dozen people working on it has grown into a massive undertaking. More than 100 people regularly work on WesterosCraft (including 14 staff members), and thousands have volunteered their time over the years.

The world of Westeros on Minecraft is an egalitarian one: Contributors include programmers, musicians, actors, and artists from around the globe. These fans donate their time and skills to building the project, which is discussed and planned out on forums. It’s where they track progress, explain the rules for new players, and nail the details so that cities and towns have the same feel (and are made with the same types of blocks). Interest usually increases around the start of every new season of the show. 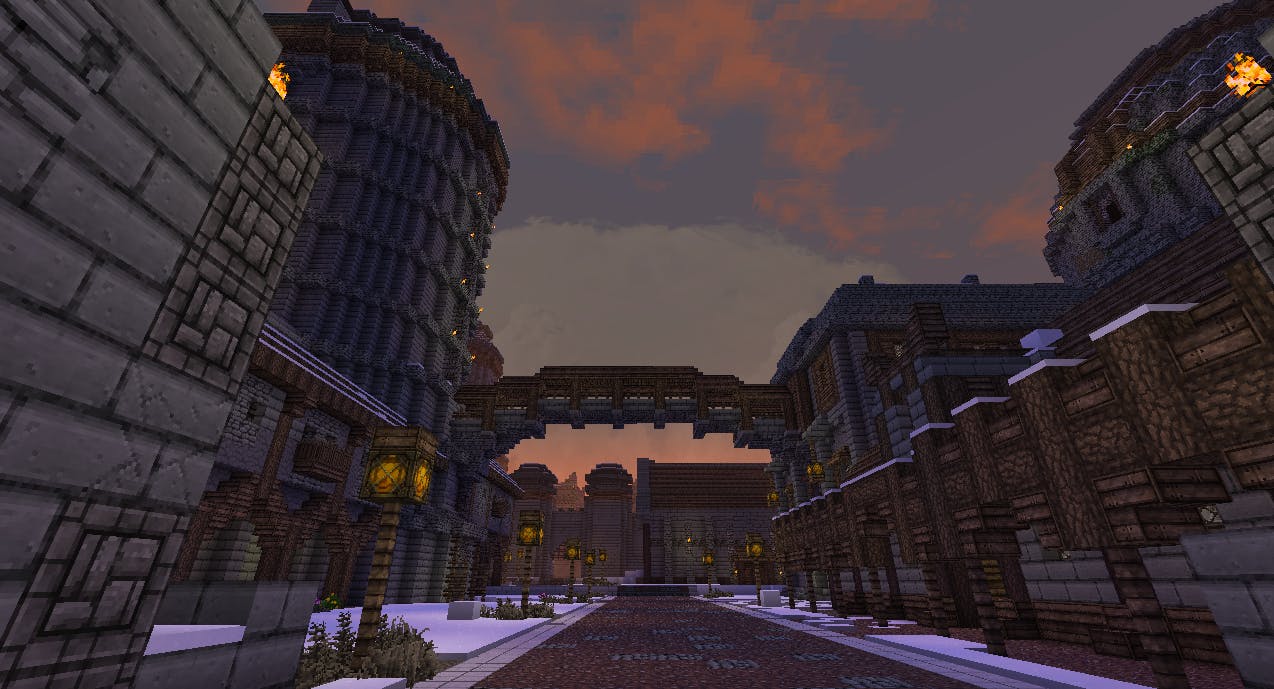 WesterosCraft has fans all over the world, including one player who has fans of his own: Isaac Hempstead-Wright, who plays Bran Stark, has been a fan of the project for awhile and recently narrated a video for it.

“When we came up with the idea to have [Hempstead-Wright] narrate a YouTube video for us, I just sent a tweet his way, not really expecting anything,” Granberry explained. “Surprisingly he got back to me the next day saying he’d love to do it!”

Granberry used to spend up to 20 to 30 hours a week on WesterosCraft, but he no longer spends as much time on it as he used to. With more people working on it, the operation “kind of runs itself more smoothly now.”

He’s right. WesterosCraft pretty much runs like a well-oiled machine. In the days I spent in WesterosCraft zooming around and generally minding my own business, I only briefly encountered another player as I explored the Eyrie. The regulars were elsewhere, building and conversing, and the glimpses of chatter I saw occur in the server chatroom went beyond business. At one point, they were asking about school and life outside that blocked fictional world.

You can walk through WesterosCraft by using the basic computer functions, but it’s hard to see the full scope until you zoom out and soar, bringing the Three-Eyed Raven’s message for Bran, “You will never walk again, but you will fly,” to mind. 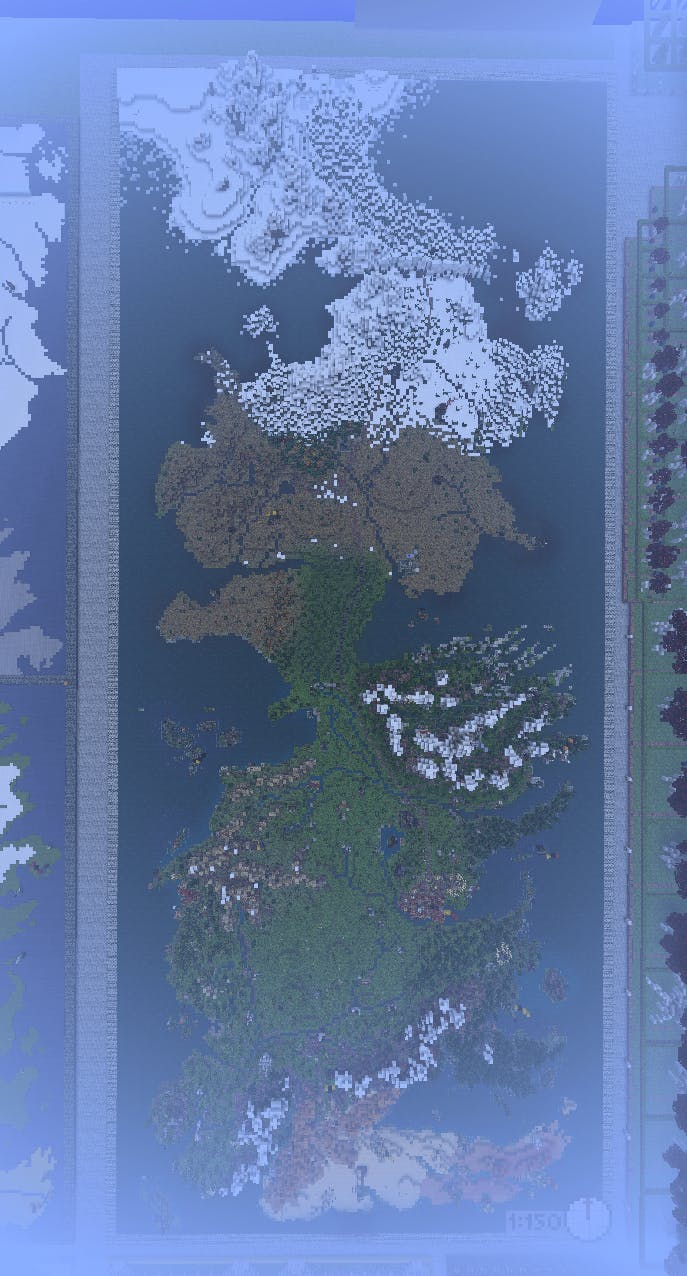 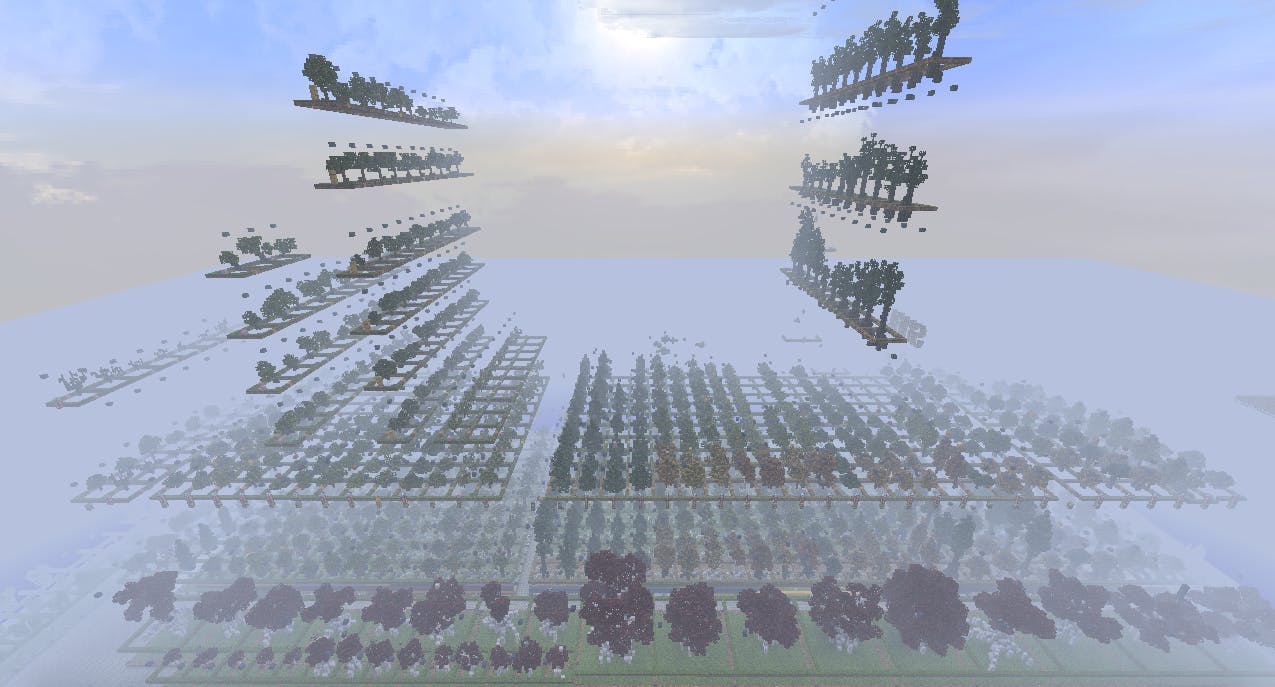 You don’t have to be well-versed in Martin’s words to explore WesterosCraft, although builders use the books to bring Westeros to life (with hints from the show). The official scope of WesterosCraft is set between A Game of Thrones and A Clash For Kings (the first two books in the series), so as long as you know about what happened to Ned Stark and Dany’s dragon eggs you’re good. Winterfell still stands proudly, and King’s Landing has yet to be attacked by Stannis’ army.

Since WesterosCraft doesn’t rely on future books, issues with the publication delay of The Winds of Winter from Martin haven’t affected the in-game development. However, the supplemental worldbuilding book, The World of Ice and Fire, released last fall, pre-dates the events of A Game of Thrones. That means its vast descriptions of castles and kingdoms can be worked into the Minecraft build.

The World of Ice and Fire luckily didn’t impact too much. The new facts in the book involve a few changes to Casterly Rock, home of the Lannisters, but otherwise it all pertains to cities and towns yet to be built, like Highgarden, or works-in-progress like Storm’s End. Winterfell, one of the earliest cities built, will soon go under reconstruction, but overall, the 60 to 70 percent of WesterosCraft that’s already completed remains intact. Given that it generally takes at least three months to build a major city in the game, that’s a stroke of luck. 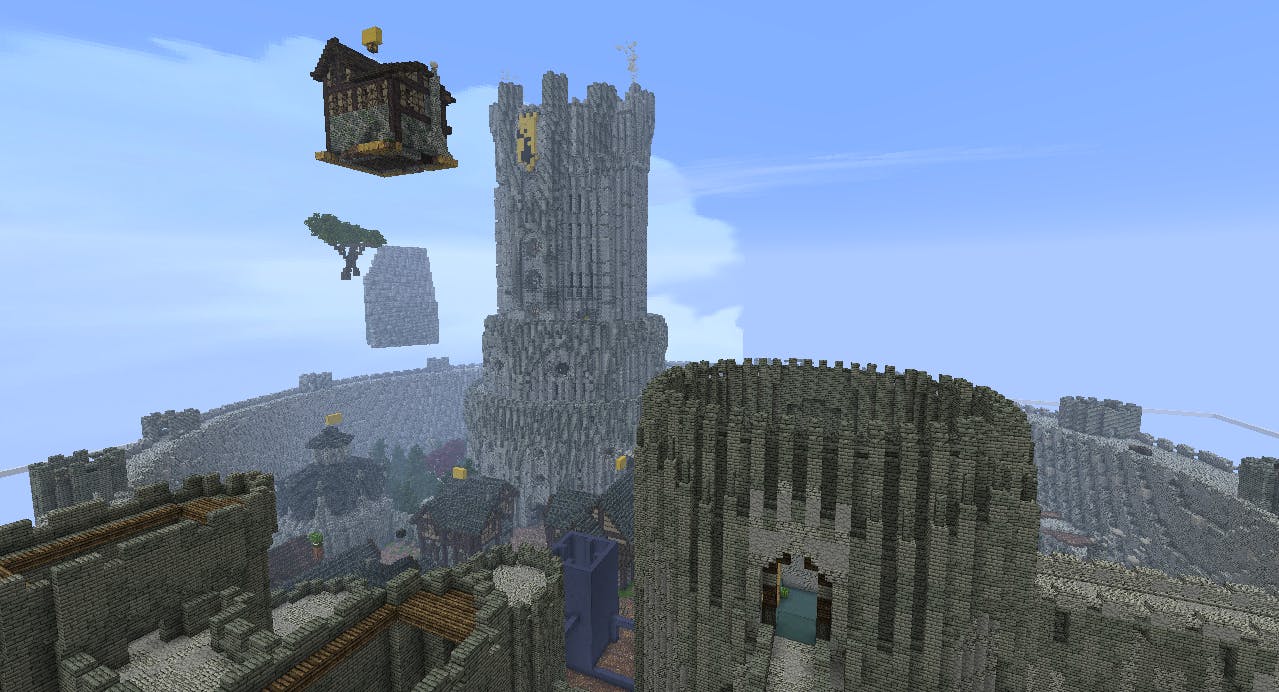 Explore far enough into the reaches of WesterosCraft and you begin to see minor touches, including Easter eggs. Bigger castles that richer families call home may often feature books (a luxury missing from most places). A bedroom might have a homely touch; you might see hints of the House sigils or bits of personality everywhere you go. And, of course, the faces in the Weirwood trees are ever-present, ever-watching. 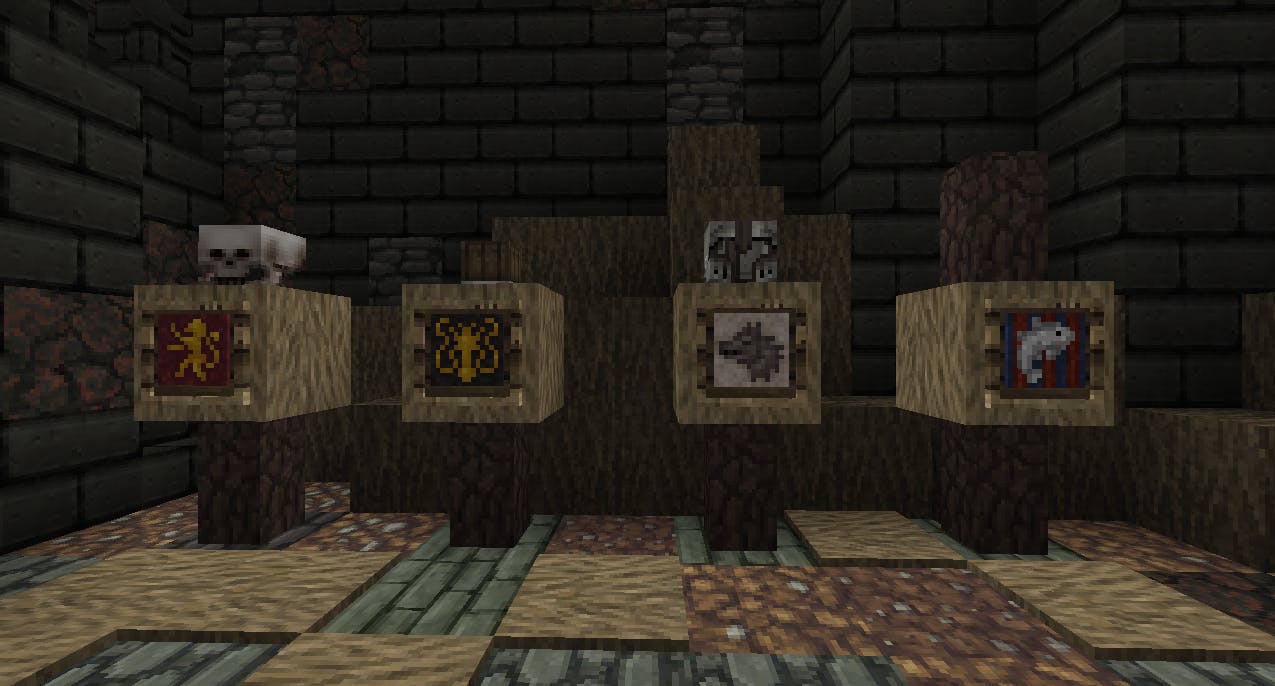 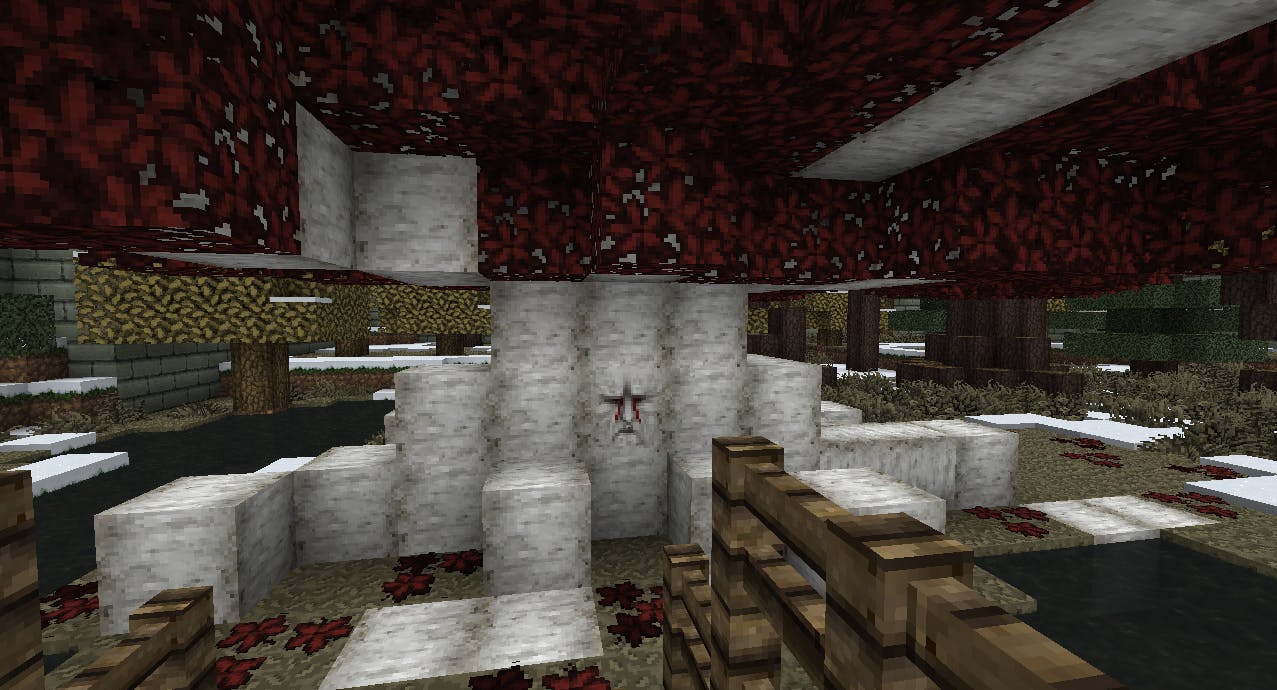 The Weirwood trees at Winterfell.

The plan once everything is eventually finished in Westeros (and perhaps Essos, the continent to the east that’s home to cities like Braavos, Qarth, and Meereen) is to turn it into a free RPG that’s somewhat like Skyrim in that there will be a main quest for people to complete, with plenty of side missions and stories that would divulge from Martin’s books.

“It’s still very much in development stage, but the planning is coming along very smoothly,” Granberry said of the project. “We hope to have a demo of sorts by this summer as we are planning to have a booth at a convention!”

So you can visit Westeros and lend a hand in its construction. But to live and die in an RPG version of it? Now that’s something not even Martin could’ve predicted.