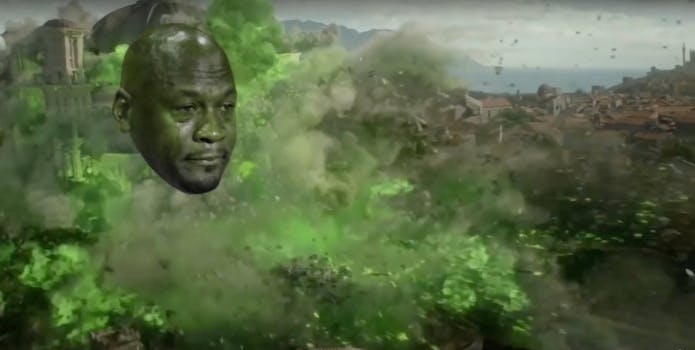 Honor the fallen with dank memes.

Warning: This article contains spoilers for the most recent season of Game of Thrones.

It’s no secret that this season of Game of Thrones was particularly horrifying and downright gruesome. One fan at Cycle coped with the trauma by placing the Crying Jordan meme onto the face of each dead Game of Thrones character in their death scenes.

The video, “Remember the Fallen,” chronicles the major deaths from season 6 of Game of Thrones all while Sarah McLachlan’s “Angel” plays in the background. The clip begins with Hodor seizing on the ground and ends with Walder Frey as he is slain by Arya (after realizing his children have been baked into humble pie). Amusingly, the pie also features a Crying Jordan baked into a layer.

Thanks to Crying Jordan, Game of Thrones fans everywhere can finally begin to heal.