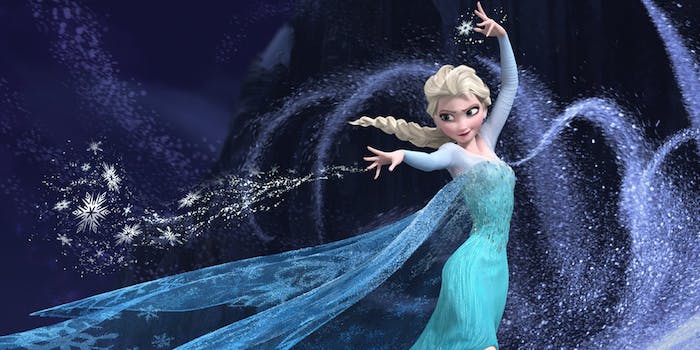 ‘Frozen’ fans are getting a new song, animated short

Now you can finally stop singing "Let it Go."

Just in time for everyone to have grown heartily sick of “Let It Go,” Disney have announced that they’re making a short sequel to Frozen.

Disney revealed on Facebook that the upcoming animated short would be called Frozen Fever, and will see the return of Frozen’s main characters Anna, Elsa, Kristoff, and Olaf the snowman. This is great news for the zillion people who watched and loved Frozen, because the original cast will be coming back to sing a song penned by the Oscar-winning writers of “Let It Go.”

The short film’s storyline is a little more lighthearted than the original movie, with Elsa and Kristoff preparing for Anna’s birthday party, but Elsa’s icey powers accidentally wreaking havoc over their plans.

This type of animated short typically plays before a movie playing to a similar audience, so as Bleeding Cool points out, Kenneth Branagh’s Cinderella is a likely option. This live-action adaptation of the classic Disney princess fairytale is a spiritual successor to Maleficent, and would definitely be watched by fans of Frozen. Also, it comes out in March 2015, which fits with Disney’s spring release schedule for Frozen Fever.

Ok so they’re making a sequel to frozen. Could cry, I’m so happy

Just heard that there is gonna be a frozen sequel, called frozen fever 😍 DAY MADE, can’t wait to see it at the cinema #iamaprincess 😏😍❤️

Although Frozen was one of Disney’s biggest hits in recent years, there’s no sign that it will get a full sequel. However, other animated movies like How To Train Your Dragon have gone on to have multiple shorts like this before a second feature film, so fans shouldn’t give up hope just yet. Plus, there’s always Elsa’s upcoming role in the TV series Once Upon A Time.