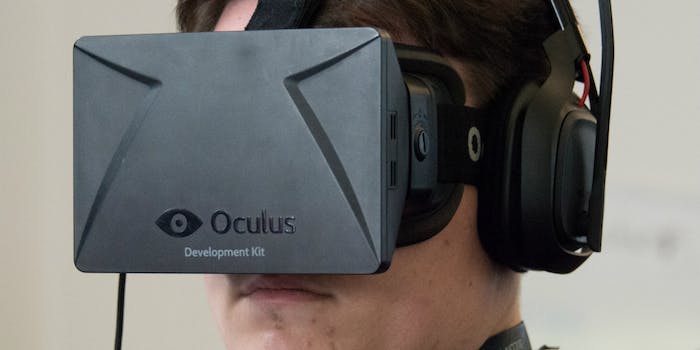 Oculus’s original Kickstarter backers are getting Rift for free

Oculus is rewarding its earliest supporters.

If you backed the Kickstarter for the Oculus Rift, you can stop worrying about the cost of the final product. You already bought the Rift, though you didn’t realize it.

Oculus announced today that backers of the Kickstarter campaign that began in August 2012 for the very first prototype Rift will receive a their own consumer version of the hardware when it ships sometime this year.

A representative for Oculus told the Daily Dot that the company is not confirming at this time the number of units that it will give away to Kickstarter supporters. The campaign page cites 9,522 backers. If every one of them is eligible for a free Rift, we’re talking about a lot of units.

Technically, these backers did not contribute money toward the mass market VR hardware. While plenty of the backers turned out to be enthusiasts who wanted to try a new gadget, the intent was to create hardware by which developers could experiment with the new technology.

Oculus therefore isn’t repaying financial obligations by sending out these free units. It’s allowing early backers to cash in on an investment of faith in VR.