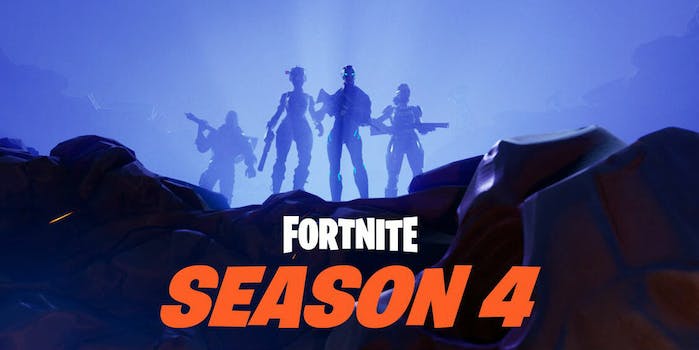 For a game called Fortnite, there sure seems to be very little downtime between each season of the competition. Fortnite season 4 starts May 1 for players who can’t wait to get back to chopping down trees, building ridiculous port-a-forts, and sniping dudes.

The big question hanging over everyone’s head is whether or not the meteor (that Epic implemented roughly a month ago) hurtling toward the Tilted Towers location is going to actually spawn anything different in the new season. Epic has taken some playful jabs at fans’ hype, dropping ominous signposts onto the top of a building and even having little bits of the meteor plummeting to Earth in front of players.

The official Fortnite Twitter account is teasing “brace for impact,” so it’s almost certain players are finally getting some answers after a month-long mystery was placed high in the sky.

If you’re still a little lost on the hype, don’t miss our extensive rundown of why battle royale games have become the most popular mode for millions and millions of players.