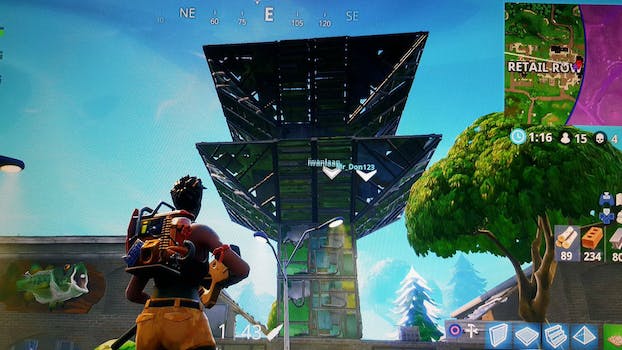 And you thought the rocket jumps were weird.

You don’t need me to tell you that Fortnite is kind of a big deal these days. Streamers of the popular battle royale game have been pulling off crazy maneuvers (like long-distance rocket jumps) for months now, and developer Epic Games seems to have no intention of letting them rest with the arrival of Port-a-Fort.

A portable fort… it's Port-a-Fort!

Fortify yourself in seconds, all with the flick of a wrist. Coming soon… pic.twitter.com/OsPQ2LkvkV

The Port-a-Fort is a small grenade-like device that builds instead of destroys, resulting in a nice funnel-like fort structure that allows players an incredible cover advantage from on high. Of course, that’s the intended use. Players have had no shortage of ideas on how to manipulate the Port-a-Fort for more hilarious and epic results.

How to use a Port a Fort correctly Lolll pic.twitter.com/7jlPlUZ9lN

If any of these trick shots and towering traps have you curious if Fortnite is right for you, make sure to check out our guide to Fortnite on mobile.