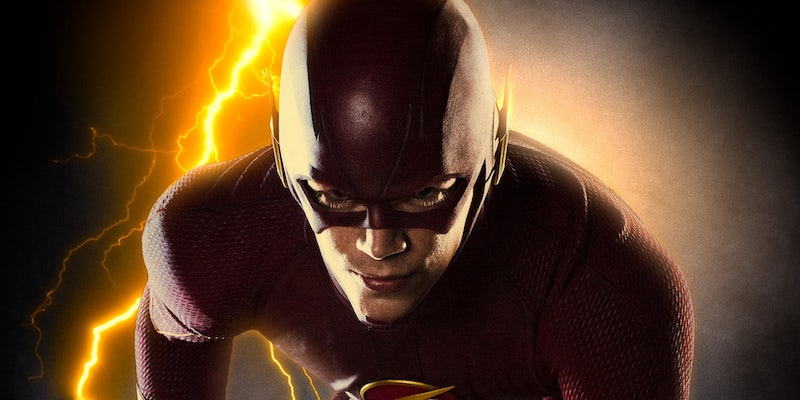 Warner Bros. pilot premieres on the opening night of San Diego Comic-Con had a clear winner.

Whether or not you think comics can still find a place at the now star-studded San Diego Comic-Con, there’s no denying superheroes still rule the convention—even if they’ve jumped from the pages to the screen.

Fans expecting a screening of iZombie were unfortunately disappointed. Due to casting changes, it was announced during the event that the pilot screening was canceled. 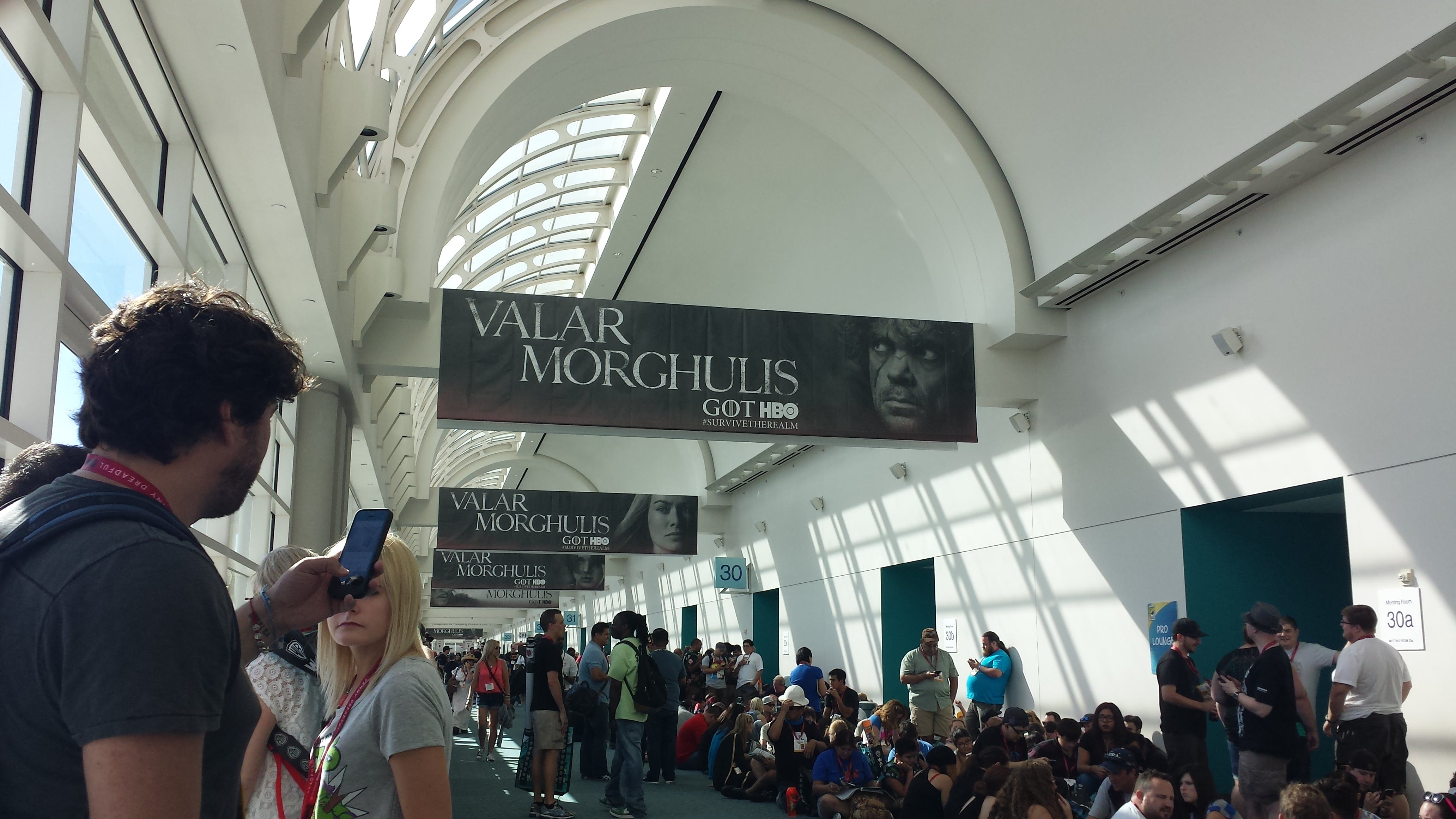 Despite this disappointment, many of the fans lining up were clearly there for the comic-book-themed pilots. Highly-anticipated The Flash showed first and was the clear favorite of the screenings. The pilot played to a packed Ballroom 20, which thinned once it finished. Though the pilot leaked online last month, these fans clearly didn’t spoiler themselves before this premiere public viewing. While some may have groaned during a few of the more emotional scenes, they were much more vocal about the things they loved throughout the episode.

The enthusiasm in the room was clear from the first sign of his powers manifesting earning cheers to the claps and whistles that resulted from the cameo made by fellow DC hero Arrow. Every break clearly meant for commercials caused the crowd to applaud and when it ended the response was huge.

Can’t go into details about #TheFlash pilot but let me just put it this way: this is THE pilot of the year – Oct 7. 8/7c on The CW! #WBSDCC

It was a sharp contrast to the screening of Constantine, which may have been hurt by people leaving during the Teen Titans Go! episode that aired between the two comic-inspired series. Unfortunately for this pilot, the jokes fell flat with an unresponsive audience that cringed more at the demons than they cheered for the anti-hero. Scattered applause occurred throughout but someone sitting behind me seemed to sum up the attitude toward Constantine’s battles in the pilot best: “This is exhausting.” After the mix of fun and drama in The Flash, clearly a show that learned much from its predecessor, Arrow, about what audiences are looking for, people just couldn’t seem to get into Constantine.

Exiting Ballroom 20, everyone was talking about The Flash and one group expressed how much the pilot made them want to watch Arrow now. If the show is already winning over fans who haven’t even seen the show that made it possible, then things are looking good for the hero.

It wasn’t just at the pilot screenings that heroes drew appreciative crowds. While a first glimpse of the exhibit floor showed some exciting products for sale this year—including exclusives that had crowds lining up—and amazing displays like Lucasfilm’s large Star Wars and Star Wars: Rebels area, the DC booth was particularly packed thanks to Batman. The hero is celebrating his 75th anniversary this year and DC is pulling out all the stops. Similar to their Superman display last year, costumes from Batman’s various incarnations were on display, including one that drew the most fans: part of the suit from the upcoming Batman v. Superman film. 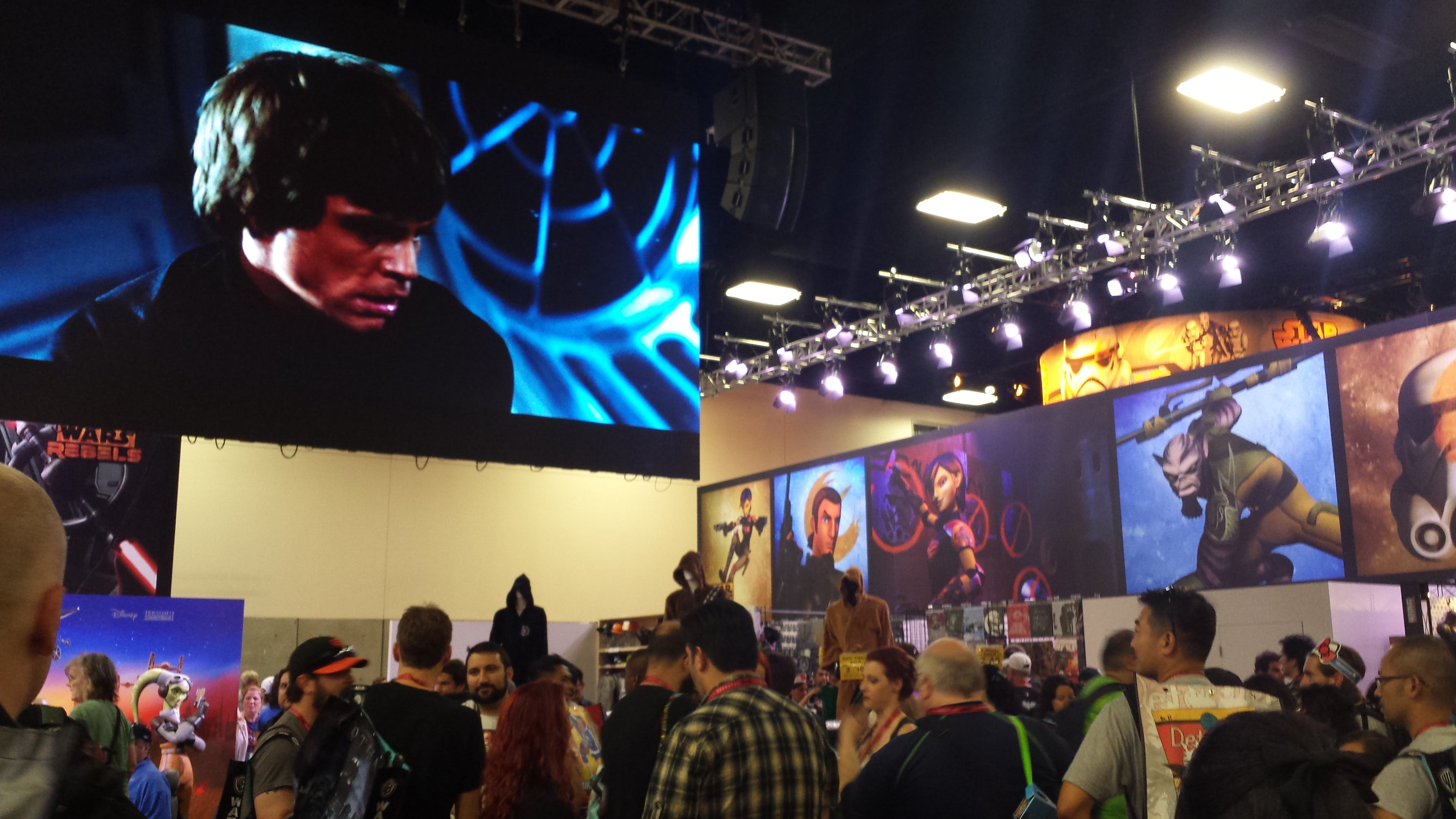 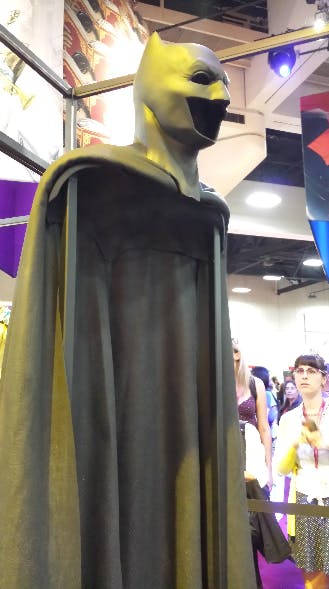 There’s still much more of Comic-Con to come, but seeing some classic heroes make their mark with the crowds was a reassuring reminder that the convention can still recall it’s roots even if in a different way. Clearly the first night belonged to the old school superheroes, and The Flash out ran them all.