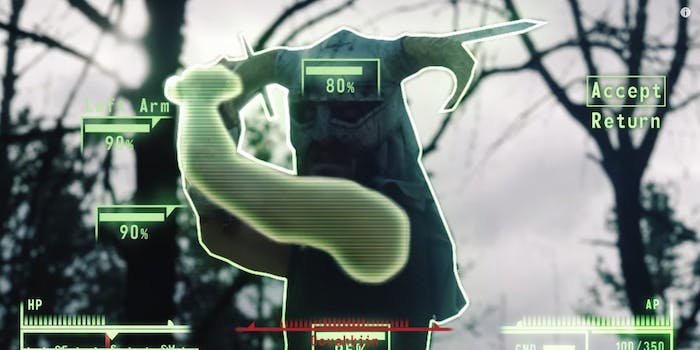 Who will win in this fight between the heroes of Fallout and Skyrim?

A whole new way to decide which is the best RPG

Who wins a fight between a Vault survivor armed with guns, explosives, and a Pip-Boy and a Dovakhiin warrior armed with swords, magic, and a dragon’s shout?

Filmmaker Andrew McMurry pits two heroes from the Fallout and Elder Scrolls franchises against each other in this live-action free-for-all YouTube video. In one corner, hailing from the Capital Wasteland and wearing a blue Vault 101 utility suit, is a survivor of the nuclear apocalypse from Fallout 3. In the opposite corner, hailing from the province of Skyrim and dressed in chainmail and a horned helmet, is the Dragonborn from The Elder Scrolls V: Skyrim.

We appreciate that the cap from the bottle of Nuka-Cola pops directly into the pocket of the Vault survivor. He’s going to need every cap he can get to buy a stack of Stimpacks to heal up after kicking the crap out of that dragon.

It’s worth noting that McMurry chose the garbage that the Vault survivor drops into the Rock-It Launcher in the movie to represent the actual, common garbage you find all over the Wasteland in Fallout 3. It’s the little things that make these fan movies so wonderful.