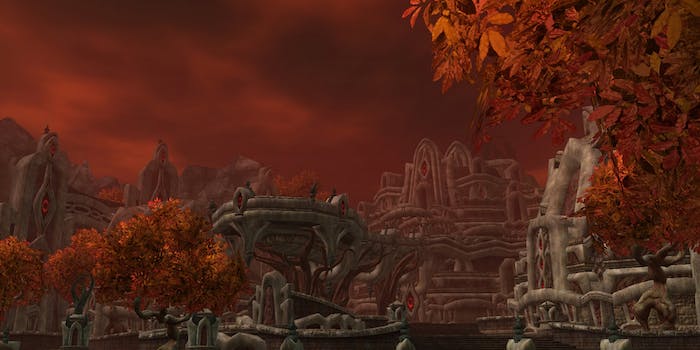 EverQuest II is opening a prison for players who are jerks

Time to see what happens when the worst MMO offenders are removed from the general population.

If you want to play a massively multiplayer online game that harshly deals with deviants, perhaps you want to give EverQuest II a try.

Daybreak Game Company, formerly Sony Online Entertainment, has announced the creation of a de facto prison for the worst behaved EverQuest II players of the bunch.

“Later this week we plan to release a server we are calling ‘Drunder,’ which is a ‘prison server,’” Daybreak announced on the EverQuest II forums. “What does that mean, exactly? Ultimately, players who are caught breaking our rules and disrupting EQ2 live server gameplay will be flagged for this server, and no others—ever. Characters on these accounts will be copied to Drunder (the “prison server”) and can never leave or transfer to another server.”

“Drunder will get no customer service support and it will require a maintained membership to access and play,” continues the announcement on the EQ II forums. “Rather than disrupt live servers in an attempt to join the ‘prison server,’ players can use our /petition system and ask to join Drunder.

EQ II is free-to-play. EQ II membership, on the other hand, is a paid service that grants benefits like increased monetary gain, early access to new content, and enhanced functionality of in-game social tools. In other words, if we are reading the announcement correctly EQ II players who are banished to Drunder have to start paying to play EQ II, even if they were not paying to play the game previous to being sent to the prison server.

You can imagine what life is going to be like on the Drunder server, especially if players volunteer to be cast into its lawless lands. The Lord of the Flies feels like it might be an appropriate metaphor.

Daybreak Game Company did not respond to request for comment in time for publication.