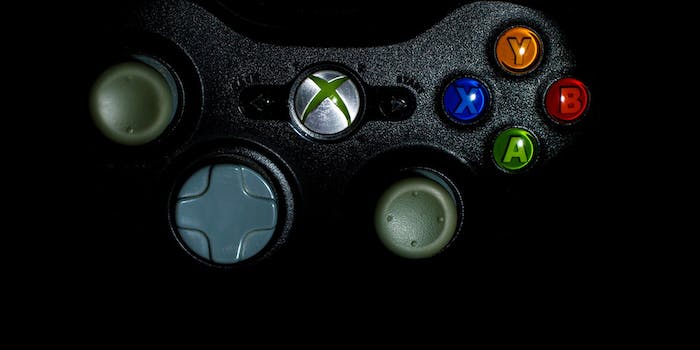 The secret to E3 is that the event largely ends before it begins.

The Electronic Entertainment Expo, which ended on Thursday, is the annual circus/religious pilgrimage held by the mainstream or triple-A video game industry. The “big three”—Microsoft, Nintendo, and Sony—show off hardware and software. Electronic Arts and Ubisoft, two of the largest game publishers in the business, show off their games. And every year pundits and analysts decide who “won” E3.

There’s usually broad agreement on who took first prize. Sony was the clear winner in 2013 for coming out in favor of “gamers” and supporting the used games business. Ubisoft stole the show in 2012 with their reveal of Watch Dogs, and a slate of other games that impressed attendees. Nintendo revealed the Wii U in 2011 and wowed audiences. It doesn’t feel like anybody won in 2014, however.

The secret to E3 is that the event largely ends before it begins. The four press conferences on the Monday before the expo begins, referred to as Day 0, and Nintendo’s press event, which takes place on Tuesday before the expo doors open, reveal almost everything of interest E3 has to offer.

There will usually be minor surprises unveiled during the expo, but the companies hold their press conferences for a reason. They want to give a concentrated burst of info to let everyone know what they’re up to, without the audience having to pay attention to the whole show. The expo coverage itself is mostly for the benefit of the video game faithful, and buyers who have to decide which games to stock on their real or virtual shelves.

We can attribute the lack of a winner at E3 2014 largely to a dearth of exciting announcements. Microsoft did what they should have done at E3 a year ago and showed off a ton of games, mostly for the Xbox One. Microsoft’s newest console is two million units in sales behind their closest competitor, Sony’s PlayStation 4, because up until now Microsoft hasn’t given core gamers any reason to drop $499 on an Xbox One.

Now Microsoft has dropped that price to $399, uncoupled the Kinect camera from the base package (the Kinect camera being all but useless for core gaming), and finally showed a portfolio of next-generation games worth paying attention to. We can expect Microsoft’s performance in the marketplace to become less anemic in the near future. They’re doing what they need to be doing, so one can wonder if they ought to get extra credit for it.

Sony’s press conference lacked focus. Maybe Sony didn’t feel the need to put together a tight stage show on Monday night, because they are so far ahead in the next-gen console game. Sony didn’t pander to the core audience the way they did last year, maybe because Sony doesn’t feel the need to, having established their core bona fides.

Instead, it felt like indie games took center stage at Sony’s press conference. Sony also revealed PlayStation TV and announced the production of original programming for the PS4 audience. Mainstream entertainment appeal was how Microsoft branded the Xbox One in early 2014, so now Sony is challenging Microsoft on another major front. It was a confident press conference, but there was nothing on stage to get the blood pumping.

Neither Electronic Arts nor Ubisoft presented anything particularly exciting. Electronic Arts publishes such a huge portfolio of games every year that their press conferences often come off as something of a bland mush. They feel like turning the pages of a game magazine to plan your Christmas shopping. Ubisoft is much less prolific a publisher than EA, but no less tied to annual releases from popular franchises, so they executed the same competent-but-dull press conference EA did.

Ubisoft gained much less press coverage from their game announcements than they did announcing the lack of female characters in two of their major games, but we’ll come back to this.

Nintendo had the most interesting press event, largely due to the fact that it was a digital event versus a traditional, stage-bound press conference. They revealed a Legend of Zelda game with a vast, open world, which felt like Nintendo bringing Zelda in line with the times. Open-world fantasy games like Skyrim and The Witcher III are the norm, not the exception. Nintendo is finally getting on board.

Nintendo also revealed Splatoon, an online multiplayer shooter, which had all of Nintendo’s usual cute, family-friendly appeal but is no less a shooter for it. Nintendo has historically failed to embrace the online world, much less the online shooter environment occupied by Call of Duty and Battlefield. Splatoon may represent Nintendo stepping into this territory strictly on their own terms, but no one should expect anything less from them.

Splatoon represents a chance for Nintendo to increase their visibility in the esports world. They showed their interest by using their annual E3 stage space at the Nokia Theater not for a press conference, but to hold an esports Super Smash Bros. tournament.

Nintendo also revealed a slate of games that make the Wii U—an underselling console, to put it kindly—attractive to gamers. Lastly, Nintendo jumped on board the action-figures-as-video-game craze pioneered by Skylanders and cashed in on by Disney Infinity. I can’t imagine that Nintendo’s “amiibo” figurines won’t fly off store pegs.

Nintendo’s press event failed to significantly energize the pundits observing E3, however, probably because the company has begun feeling less relevant over the past year. Everyone is probably and justifiably feeling cautious about gathering under Nintendo’s banner again. Even if they didn’t excite, Nintendo didn’t disappoint. This sums up the reaction to E3 as a whole: No one made huge waves, but no one let the majority of the gaming audience down, either.

The purpose of E3 is to give the video game audience products to drool over and reasons to open their wallets this holiday season. In that respect, E3 was a rousing success. Almost everyone won E3 because every company at the show fulfilled their duty to consumers and investors by showing a ton of stuff that gamers are going to want to buy.

The only people who lost at E3 are the women who want to see characters they can relate to in their video games. Ubisoft managed to anger the progressive-minded video game community by announcing the lack of female playable characters for Assassin’s Creed: Unity and Far Cry 4, and blaming the omissions on production costs. Other developers, some of whom have worked on Ubisoft games in the past, have come out of the woodwork to call bullshit on Ubisoft.

The sad fact is this doesn’t constitute an E3 loss for Ubisoft, due to the audience that E3 is designed for. Contrary to the myth that the gaming audience everywhere is equally split between men and women, the reality is the core audience falls somewhere between 69 percent and 82 percent male.