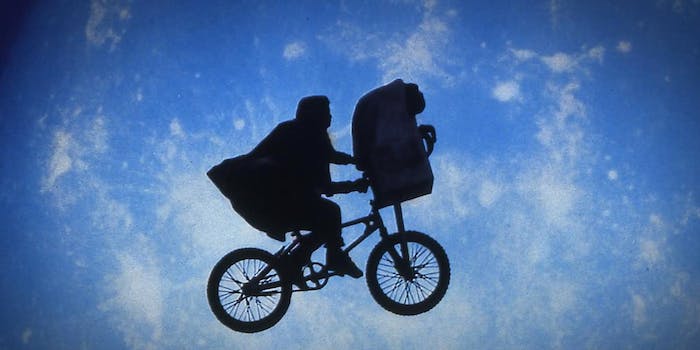 How a Dungeons & Dragons game changed the cast of ‘E.T.’

Turns out Dungeons & Dragons is a transformative Hollywood influence.

You wouldn’t think of Dungeons & Dragons as a transformative influence on Hollywood, but it turns out one round of the role-playing game completely changed how a key part in a classic film was cast. A new video in the Academy of Motion Picture Arts & Sciences’ “Academy Originals” series on YouTube explains how Dungeons & Dragons changed the casting of Elliott for E.T.

Casting director Marci Liroff explains how they basically knew all the kids they wanted to cast as Elliott’s friends in the film and also had a good idea of the boy who they wanted for the main role. To see how the children interacted together, they decided to have them play a game, which turned out to be Dungeons & Dragons. The adults stayed outside the room and watched them play together only to see a surprising reaction to their potential Elliott.

“In about three minutes it became very clear that nobody liked this little boy. I just think when you play a game sometimes your true character comes out and these kids just didn’t really like him,” Liroff says in the video. “He became very bossy. It just showed he was not our kid. So I basically had to start over.”

Thanks to Dungeons & Dragons, an iconic role ended up going to someone else. Of course then Henry Thomas came along and blew everyone away with his audition for Elliott so it seems like it was all meant to be. You can hear the full story of how Elliott was cast and watch part of Thomas’ audition—which apparently made everyone cry—in the video below.