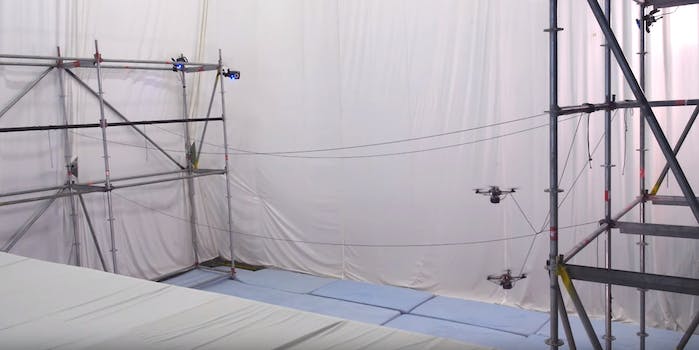 This flying robot team assembled an entire rope bridge without any help from human hands.

Amid the many videos that use drones to record Burning Man parties or Game of Thrones sets, it’s easy to forget the more practical uses for remote-controlled quadcopters.

In the video below, a team of Swiss engineers uses drones to build a rope bridge. It’s easy to see how this could be useful in emergency situations like earthquakes or mountain-rescue attempts, where a bridge might be necessary to reach people in danger but the construction of said bridge could imperil even more human lives.

These drones were designed to perform this complex task, allowing them to tie knots in the rope and judge the correct tensile structure for a functional bridge. Forget set snooping; this is a really cool use for flying robots.