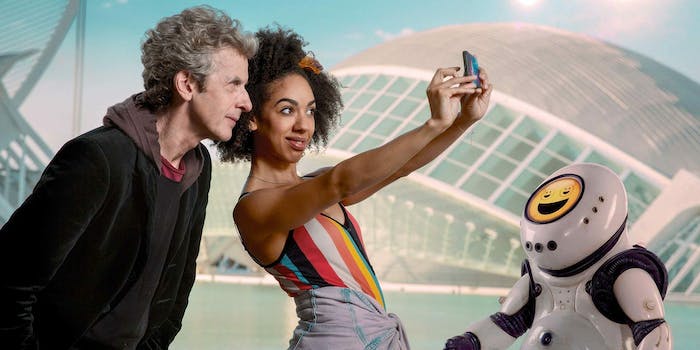 ‘Doctor Who’ failed to give Bill Potts the conclusion she deserved

'The Doctor Falls' was a great finale to an above-average season - with one key problem.

“The Doctor Falls” was an intense finale for the Twelfth Doctor (Peter Capaldi), and for the Master’s long tenure on Doctor Who. It also completely abandoned the season 10 companion Bill Potts (Pearl Mackie), turning her into a passive victim and sidelining any real conclusion to her journey.

Season 10 was a big improvement on the last few years of Who, tackling many of Steven Moffat‘s recurring problems as showrunner, and avoiding the overly complicated nature of recent seasons. Bill gave us a fresh perspective on the Twelfth Doctor, with more solid characterization than Clara’s uneven role. The show even did a good job of casually addressing Bill’s sexuality, something I’d been wary about after Moffat’s wince-inducing treatment of queer characters in his other work. Still, after all these improvements, the last few episodes seemed to forgot the cardinal rule of New Who: The companion should have equal protagonist status to the Doctor.

The two-part finale saw the Doctor reunite with his nemesis the Master, played by a deliciously manic John Simm. This led to a fun dynamic between them and the Master’s newer incarnation Missy, who recently embarked on an uncharacteristic redemption arc. Missy was torn between the Doctor’s friendship and an incestuous partnership with the Master, who spent the past few years building an army of Cybermen onboard a gigantic colony ship.
Cybermen can be kind of hit-or-miss, but this storyline made it work. It focused on the Cybermen’s origins, rooted in the horror of humans being surgically transformed into mindless cyborg drones. Bill found herself trapped in a Cyberman creation facility, faced with horrifying sights like a hospital full of prototypes who can only repeat the word “pain” in robot voices, until someone “cures” them by turning their volume down. The penultimate episode ends with Bill becoming a Cyberman—and it all happened because Bill waited for the Doctor to save her, instead of trying to rescue herself. 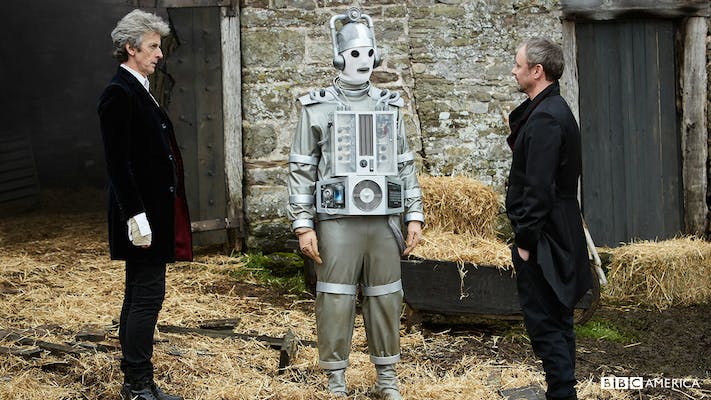 This felt like the set-up for a dark yet moving end to their relationship. Bill and the Doctor shared an old-fashioned mentor/student dynamic in earlier episodes, with Bill fulfilling the traditional role of the Doctor’s link to humanity, while also insisting on sensible boundaries. Then after building her trust in the Doctor, their story culminates in suicidal obedience. The Doctor asks her to wait for him, and while most other companions would disobey and fend for themselves, she decides to stay put. For years.
When the Doctor told Bill to wait for him, it was a throwaway line in a moment of panic. But to Bill, it was an order embedded into her subconscious, causing her to wait for years until he arrives to save her. Technically, she was also trapped by her new cybernetic organs, which only worked inside the hospital. But the show never bothered to include a scene where she tests their limits by making a serious attempt to escape. By the time the Doctor arrives, she’s been fully transformed into a Cyberman, a process that mutilated her body and mind.
In itself, this is already a disturbing thing to happen to a companion (not to mention the unfortunate coincidence that Doctor Who did exactly the same thing to its last black companion character, Danny Pink). But it also feels like a set-up with no conclusion. We never get to see a satisfying confrontation between Bill and the Doctor, where he takes responsibility for the trust she put in him. Instead, the focus shifts to the Doctor’s relationship with Missy and the Master, as they try to defend a children’s home from the encroaching army of Cybermen.
Bizarrely, the Doctor’s pointless assistant Nardole (the Jar Jar Binks of Doctor Who) gets all the action, with Bill becoming a tragic background figure with no agency. When the time comes for someone to do something heroic while the Doctor sacrifices himself, Nardole is the one who steps up to the plate. He leads the children to safety, while the Doctor dies in battle and Bill arrives just in time to weep over his body and die as well. 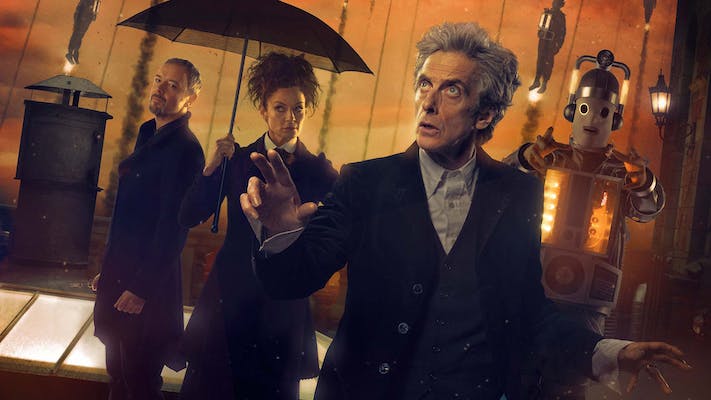 Avoiding the dead lesbian trope, Bill is immediately resurrected by her episode 1 love interest Heather, echoing Clara’s resurrection by Ashildr last season. It’s nice to see Bill get a happy ending, but this idea doesn’t make much sense. First of all, Heather is barely even a character. She’s just a girl Bill met in a nightclub once, who then became a watery alien and vanished after one episode. Secondly, Heather apparently has godlike powers that allow her to give Bill a new body, but Bill doesn’t even bother to ask if she can do the same for the Doctor. She just cheerfully embarks on an intergalactic adventure with Heather, leaving the Doctor’s corpse in the TARDIS. In his urgency to give Bill an optimistic sendoff, Steven Moffat handwaved her relationship with the Doctor—the driving force of her season-wide arc.

Season 10 was the most coherent since Moffat’s takeover in season 5. The finale sets an interesting tone for Capaldi’s final appearance in the Christmas special, and Missy got a compelling redemption arc that ended with a clever death scene for her and the Master, building on years of characterization. Unfortunately, that ate up all of Bill’s screentime, leaving her story unfinished. She might reappear in the Christmas special, but since that episode will focus on the Doctor’s next regeneration, it’s hard to imagine her getting the conclusion she deserves.