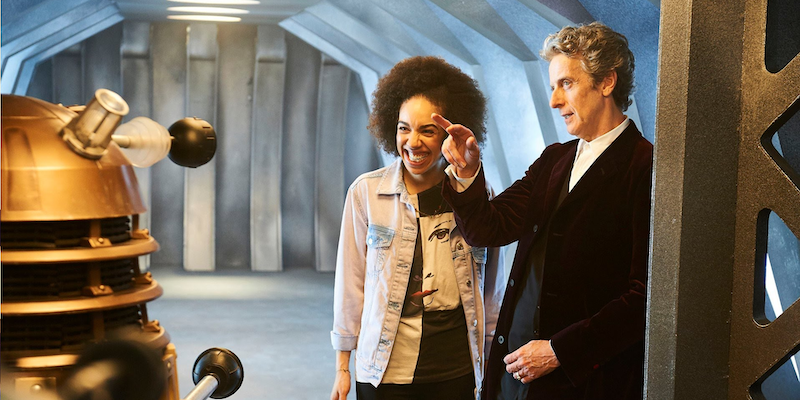 Bill is the first gay full-time companion in the show's history.

The new Doctor Who companion, Bill Potts, will be openly gay.

Doctor Who included a few LGBTQ roles in the past (Jack Harkness even got his own spinoff, Torchwood), but Bill is the first openly gay lead character. Played by Pearl Mackie, she replaces Clara Oswald, who died at the end of season 9.

“It shouldn’t be a big deal in the 21st Century. It’s about time isn’t it?” said Mackie, in an interview with the BBC. “That representation is important, especially on a mainstream show.”

Bill’s sexuality will be clear from her first episode on the show, but it won’t be a defining trait for her character. “It’s something that’s part of her and something that she’s very happy and very comfortable with,” Mackie explained.

Bill Potts will make her debut in the season 10 premiere, airing on April 15.