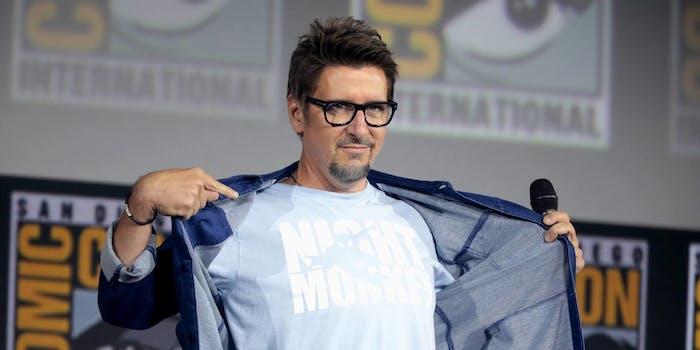 Marvel‘s Doctor Strange sequel just lost its director. Scott Derrickson, who directed the first movie, announced on Twitter that he and Marvel had “mutually agreed to part ways” due to creative differences, adding that he was “thankful for our collaboration” and would retain an executive producer credit.

The first Doctor Strange movie came out in 2016, directed by Derrickson and co-written by Derrickson, Jon Spaihts, and C. Robert Cargill. The sequel, Doctor Strange in the Multiverse of Madness, was announced in July and scheduled for release in May 2021. It will co-star Elizabeth Olsen (Scarlet Witch) alongside Benedict Cumberbatch and Benedict Wong, reprising their roles from the first movie.

Derrickson is primarily known for his work as a horror filmmaker, directing movies like Sinister and The Exorcism of Emily Rose. The Doctor Strange sequel was expected to feature more horror influences, with Derrickson describing the first film as “the tip of the iceberg” in terms of fantasy worldbuilding for the franchise. The comics are famous for their psychedelic visuals, skewing more toward supernatural drama than the more traditional superhero adventures of other well-known Marvel heroes.

Derrickson previously left the Snowpiercer TV show over more acrimonious creative conflicts, tweeting that he chose not to participate in “extreme reshoots” with a “radically different vision” from his original plan for the show.

It’s unclear what the “creative differences” actually were here, but Marvel described the split as “amicable” in a statement to Variety. There’s no news of a delay in production, so we can expect a new director to be announced soon, with filming expected to begin this summer.