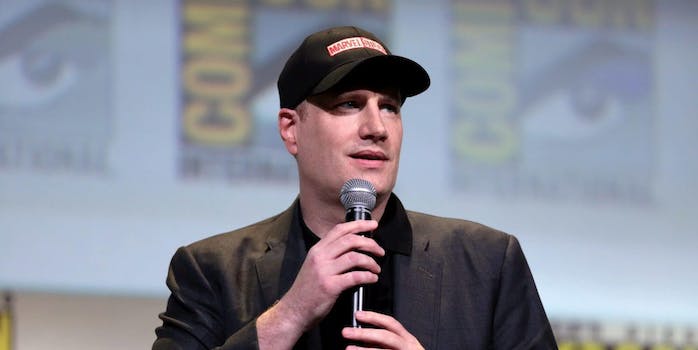 Marvel isn’t planning to introduce a transgender character after all

The earlier quote from Kevin Feige was misinterpreted.

Marvel Studios has no current plan to introduce a transgender character, contradicting a report from earlier this week. It turns out that a quote from Kevin Feige was misinterpreted (or he misunderstood the question at hand), leading to widespread excitement over what would’ve been the first canonically trans character in an MCU movie.

The misunderstanding occured thanks to a confusing usage of the LGBTQ+ acronym. At a Q&A event, a fan asked Feige about Marvel’s plans to include LGBT+ characters, “specifically the T, trans characters.” Feige replied, “Yes, absolutely. And very soon, in a movie that we’re shooting right now.”

This was a big surprise because there hadn’t been any previous rumors of a trans character in a Marvel movie. And as it turns out, there’s a reason for that. Feige wasn’t actually referring to a trans character, he was talking about a gay character in The Eternals, which we’ve already known about for months. One of the heroes in The Eternals (rumored to be Richard Madden’s Ikaris) will be a gay man with a husband and children. He’s due to be the first openly gay character in a Marvel Studios film, although there are several LGBTQ+ characters in the MCU’s various TV spinoffs.

Variety published a correction after hearing from two sources close to the studio. It seems that Feige was responding generally to the LGBTQ+ acronym rather than the fan’s specific question about trans characters. He either misheard part of the question, or interpreted “LGBTQ+” to mean “gay,” an unfortunately common problem. The sources made it clear to Variety that there are no current plans for a trans character in any upcoming Marvel films. Sony’s Spider-Man: Far From Home featured a trans actor in a background role as one of Peter Parker’s classmates, but that’s it so far.

While the number of queer and trans characters has increased rapidly on TV over the past few years, we haven’t seen similar progress in the world of mainstream Hollywood blockbusters. The Deadpool franchise is the only well-known example with queer main characters, but it’s rated R, essentially categorizing queer representation alongside adult-rated sex and violence. Meanwhile, the family-friendly Avengers: Endgame and Star Wars: The Rise of Skywalker both touted “groundbreaking” roles for gay characters but soon faced pushback when those characters turned out to have forgettable walk-on parts. The Eternals will be the first major blockbuster with a gay character in a lead role.