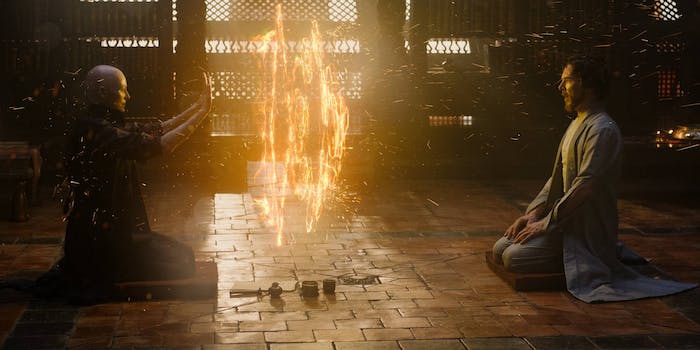 'Doctor Strange' is a loyal adaptation, for better and worse.

All Marvel Studios movies are heavily reliant on CGI, but Doctor Strange is the first to do something noticably innovative with its special effects. Inspired by the work of 1960s Marvel artist Steve Ditko (and a strong hint of Inception in several scenes), Doctor Strange‘s visual magic brings life to a formulaic origin story.

Benedict Cumberbatch channels Hugh Laurie’s Dr. House for the first third of the movie, albeit with a slightly less convincing American accent. Introduced as an arrogant neurosurgeon, Stephen Strange’s life is knocked off course by a car crash that leaves him with nerve damage in both hands. After some unsuccessful pep talks from ex-girlfriend Dr. Christine Palmer (Rachel McAdams, in a sympathetic but thankless role as “nurturing woman who drops everything to help the hero”), Strange travels to Nepal to find an experimental treatment that may heal his hands and save his career.

As you probably know from the trailers, that experimental treatment turns out to be magic. 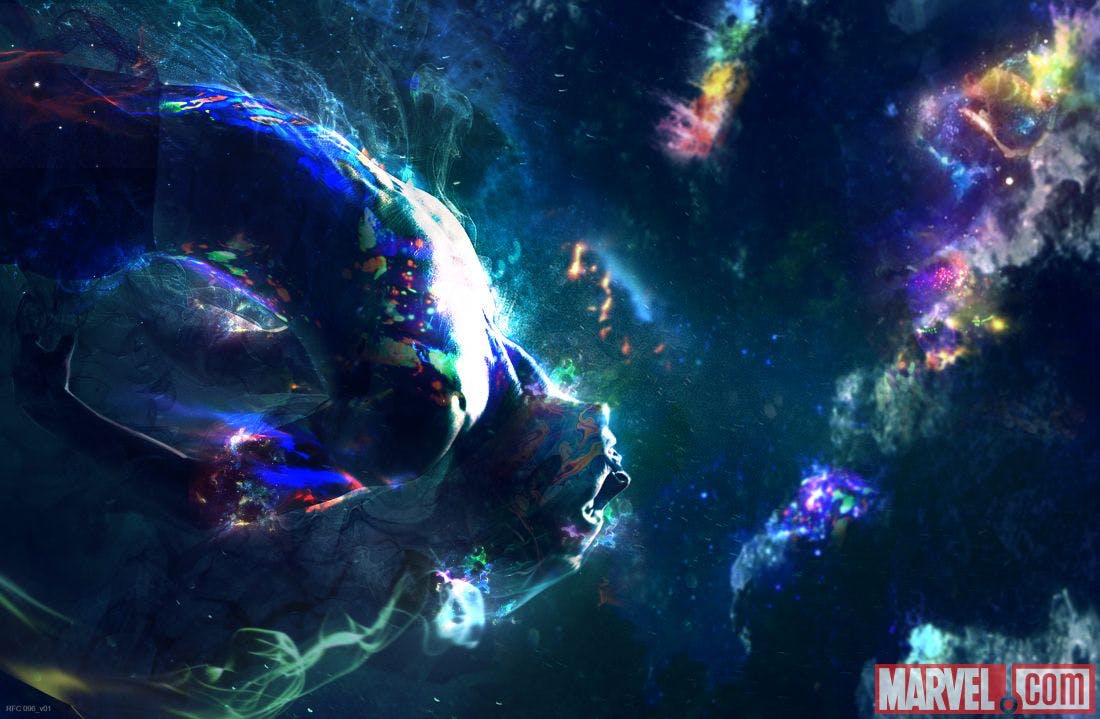 In a secret temple run by a sorcerer known as the Ancient One (Tilda Swinton), Strange discovers a natural talent for the mystic arts, learning to perform magical spells alongside more experienced practitioners like Mordo (Chiwetel Ejiofor). This sequence feels unmistakably similar to Bruce Wayne’s training in Batman Begins, while the rest of the film borrows its structure from Iron Man, focusing on Strange’s journey from arrogant asshole to… slightly less arrogant asshole. It’s the same formula that was criticized in Guardians of the Galaxy and Ant-Man: a maverick white guy shows up out of nowhere and rises above a supporting cast of more experienced characters, saving the day while learning basic life lessons about being a better person.

As Strange’s mentor, the Ancient One reiterates again and again that he must abandon his old mindset and admit the world doesn’t revolve around him. Unfortunately, the film undercuts this message at every turn. His rapid improvement at the mystic arts is attributed to a combination of studiousness and a photographic memory, two things that brought him success in his old life. And since the Ancient One constantly singles him out for personal tutelage, it’s hard to swallow the idea that everything isn’t about him. Despite his lack of training, it’s Strange who ends up wielding the powerful Eye of Agamotto amulet, fending off attacks from the dark sorcerer Kaecilius (Mads Mikkelsen) where others failed. (Mikkelsen is predictably fun in this by-the-book villain role, having a great time delivering monologues about death and flinging people through CGI portals.) 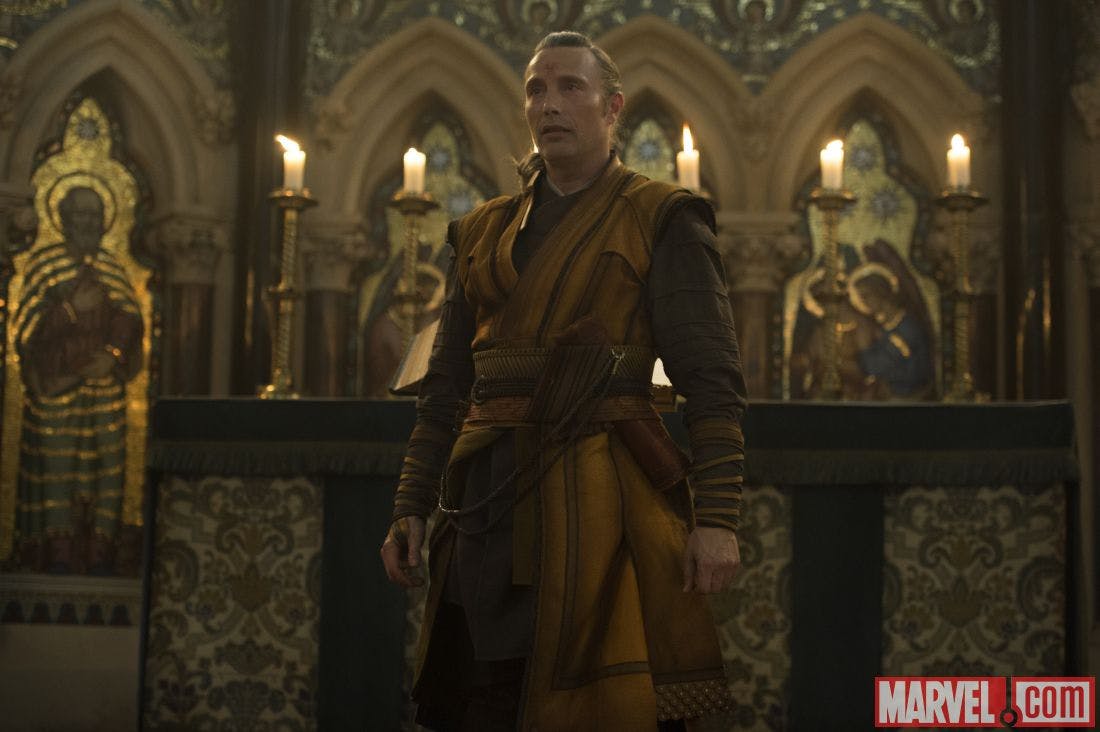 During the production process, Doctor Strange was criticized for casting Swinton as a character who was originally written as an Asian man. Director/co-writer Scott Derrickson defended the decision by pointing out the original Ancient One was “a very old American stereotype,” adding that for similar reasons, they rewrote the role of Strange’s sidekick/manservant Wong. The new Wong (Benedict Wong) is a far more engaging character, a taciturn librarian who listens to Beyonce in his spare time—but these character reboots could not fully dispel the racist underpinnings of the story.

Created in an era when the Beatles were sampling the Tibetan Book of the Dead for LSD-infused album tracks, Doctor Strange’s early comics were inspired by Western bastardization of Asian mysticism. There’s no getting away from the fact that it’s all about a rich white guy traveling to Nepal in search of alternative medicine, an all-too-plausible scenario that shifts into fantasy when he discovers real magic, swiftly surpasses the skill of his tutors, and saves the world.

So while Derrickson revamped a pair of outdated characters, and the film boasts one of the most impressive casts in the Marvel franchise, we’re still stuck with the same problems. White men (Strange and Kaecilius) wield the power to save or end the world, women and people of color provide support and advice, and while Cumberbatch and Swinton don robes and practice martial arts in a Nepalese temple, actual Nepalese people only appear as extras in crowd scenes. 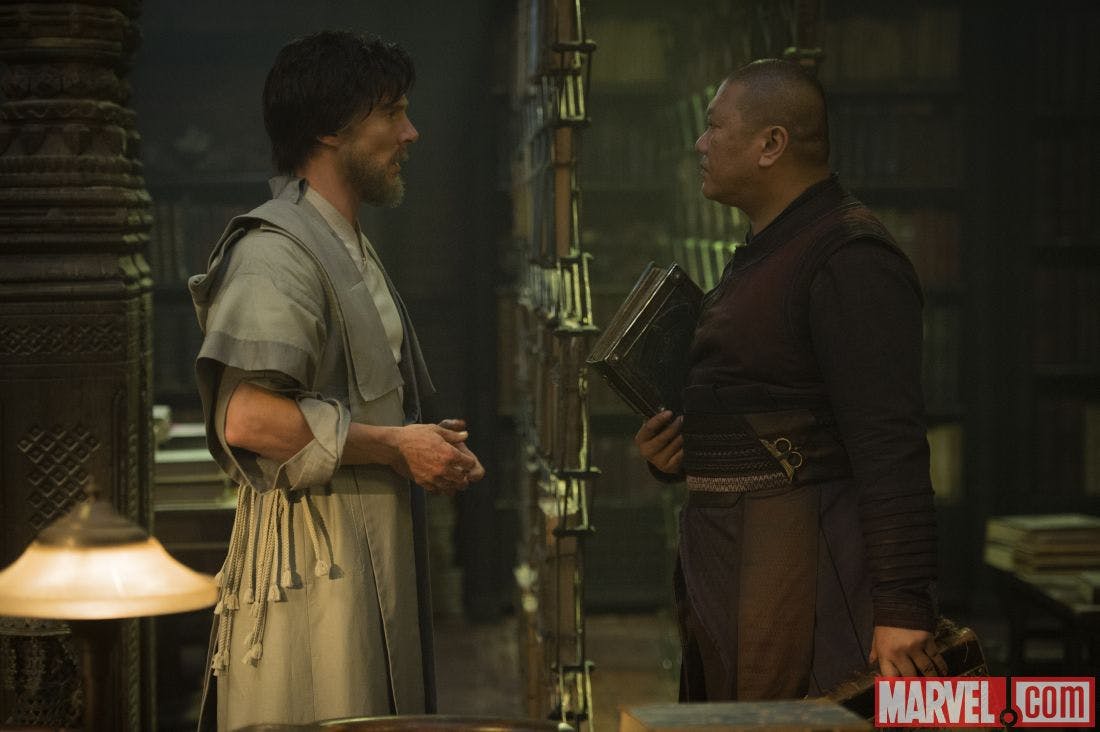 Doctor Strange is one of Marvel’s most loyal adaptations so far, which explains both its strengths and its weaknesses. Wong and the Ancient One originated with Steve Ditko’s comics in the ’60s, but so did the psychedelic visuals that make this film stand out from its peers. Likewise, the film follows in the footsteps of the comics by emphasizing weirdness and worldbuilding over emotional depth, leaning on Cumberbatch’s performance to make Strange into a likable character—a less successful endeavor than Thor or Tony Stark, who received more engaging character arcs.

After years of CGI-dominated sci-fi/fantasy blockbusters, Doctor Strange is the first to really push the boundaries of magic beyond “big blast of light” or “turning things into other things.” Those reality-warping effects offer a tantalizing glimpse at how superhero movies could embrace the visual wealth of comics. If only its story, a retread of Iron Man, was as creative as the action scenes.

Doctor Strange is in theaters in the U.S. starting Nov. 4.