The truth isn’t out there: New ‘Deep State’ comic is the flipside of the ‘X-Files’

Picture a mash-up of The X-Files and Men In Black. Now imagine it was written by Oliver Stone. This pretty much describes Deep State.

The comic book’s cold open is one of the most intriguing first pages I’ve read. As some sort of space capsule enters our atmosphere, an unknown narrator says, “The problem with secrets is that they don’t want to stay that way.” It’s a great hook. 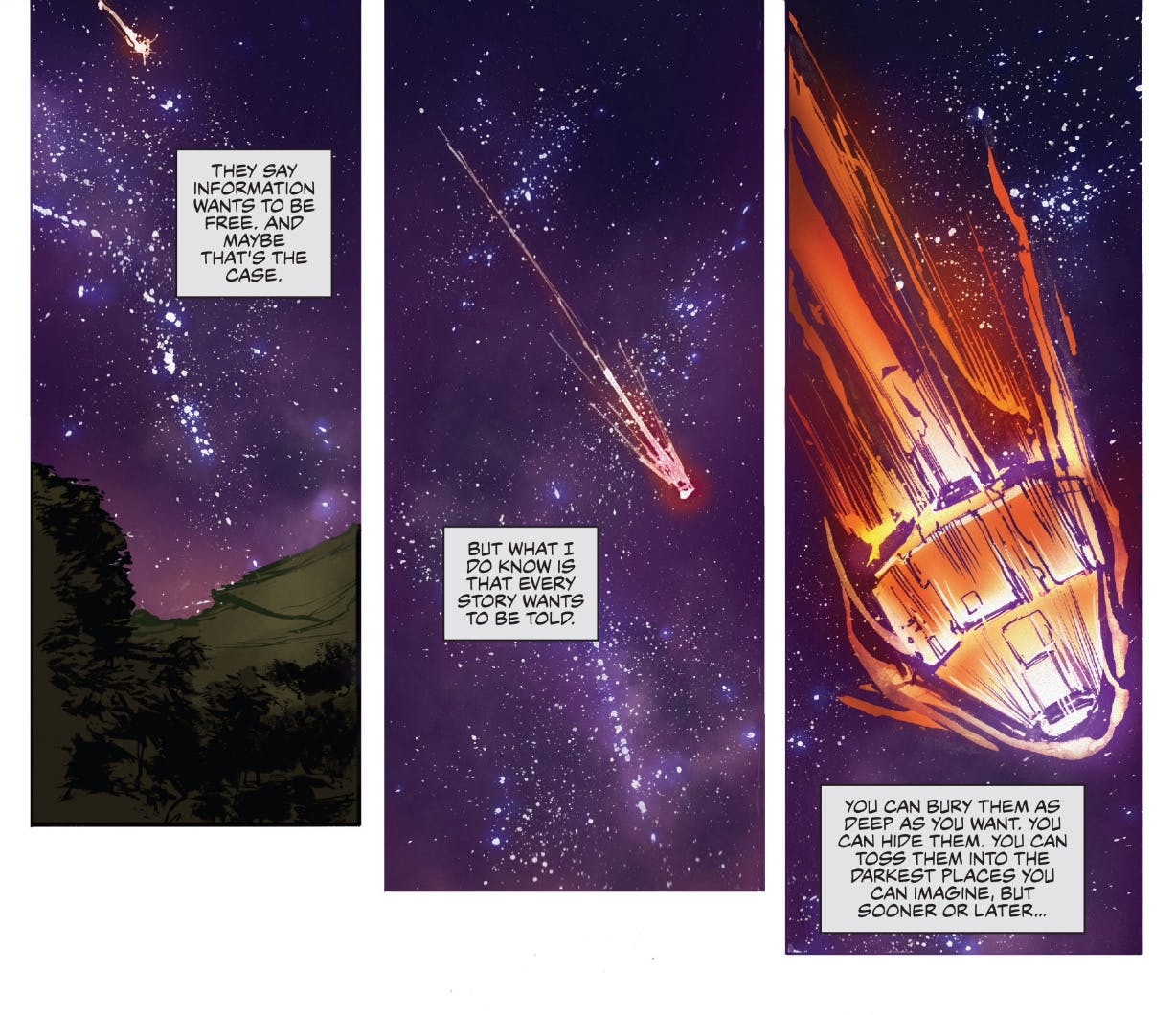 Once the earthbound pod completes its fiery arc across the night sky, it cuts a path through dense Pennsylvania woodland. There, nestled amongst the trees, loud noises begin to emanate from the cabin as whatever is inside starts to force its way out.

Just before we can see what that “it” is, we’re transported with the turn of a page to the J. Edgar Hoover building in Washington, D.C. It’s here we’re introduced to Branch, an FBI agent who’s doggedly looking for clues in the case file of an unsolved kidnapping.

Told by her supervisor to give up and go home, Branch begrudgingly leaves. But it’s not going to be a quiet night on the couch for her. Despite multiple deadbolts and an active alarm system, a mysterious stranger has entered Branch’s apartment and settled into a comfy chair. More curious than startled, Agent Branch fires questions at the intruder instead of discharging her weapon. 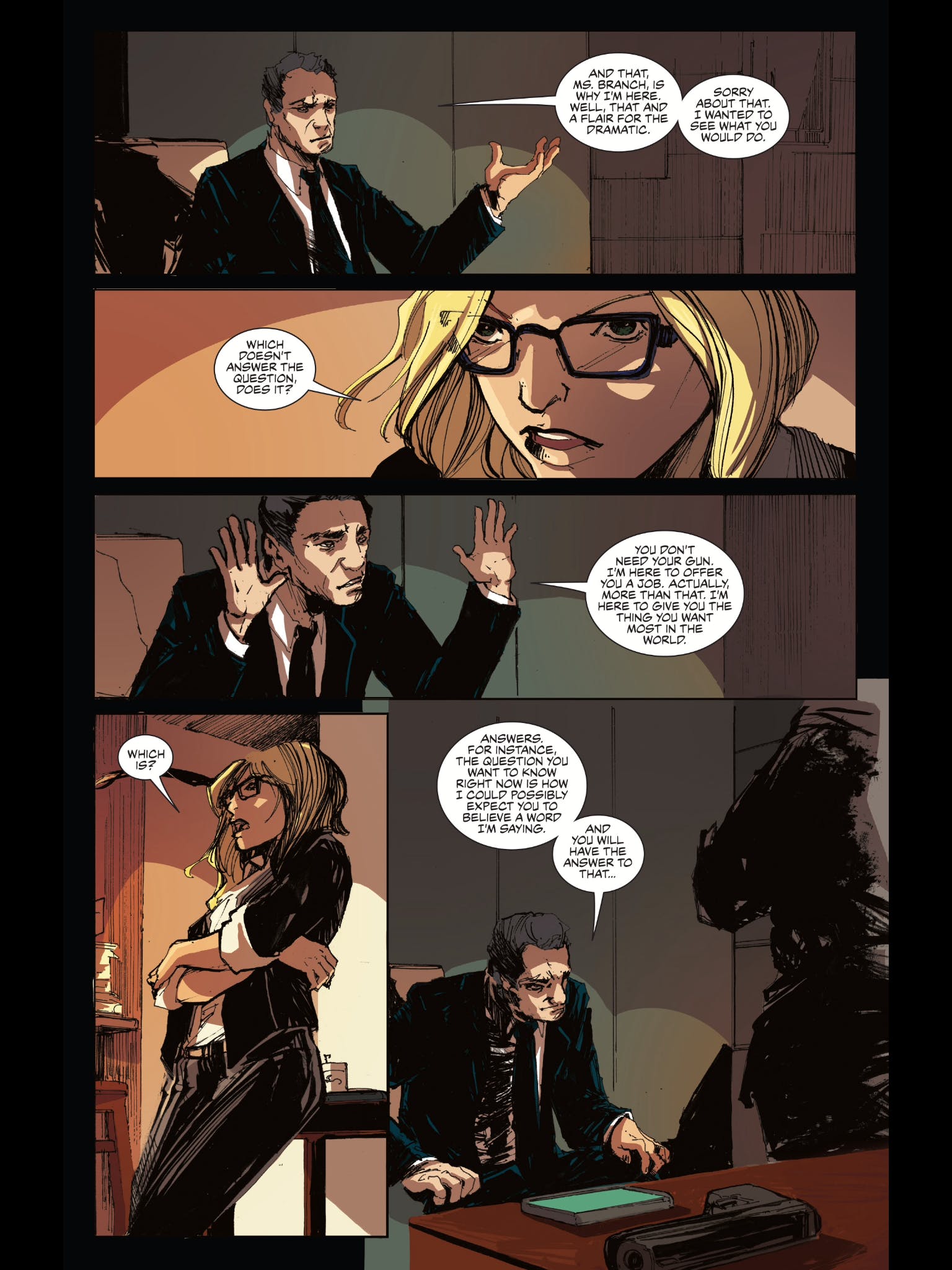 During the course of their conversation, this man—Harrow—recruits Branch to join a shadowy government organization that knows the answers to life’s great mysteries, including who shot JFK. His sales pitch: “My job is to make sure secrets stay secret. I ensure conspiracy theories stay theories. I handle problems and I create plausible deniability.”

Before whisking Branch away to the crash site in Bedford, Pa., Harrow brings her up to speed by revealing that the Russians beat the U.S. to the moon by a good five years. This was easy to cover up, however, as the Russian’s command module never returned—until now. 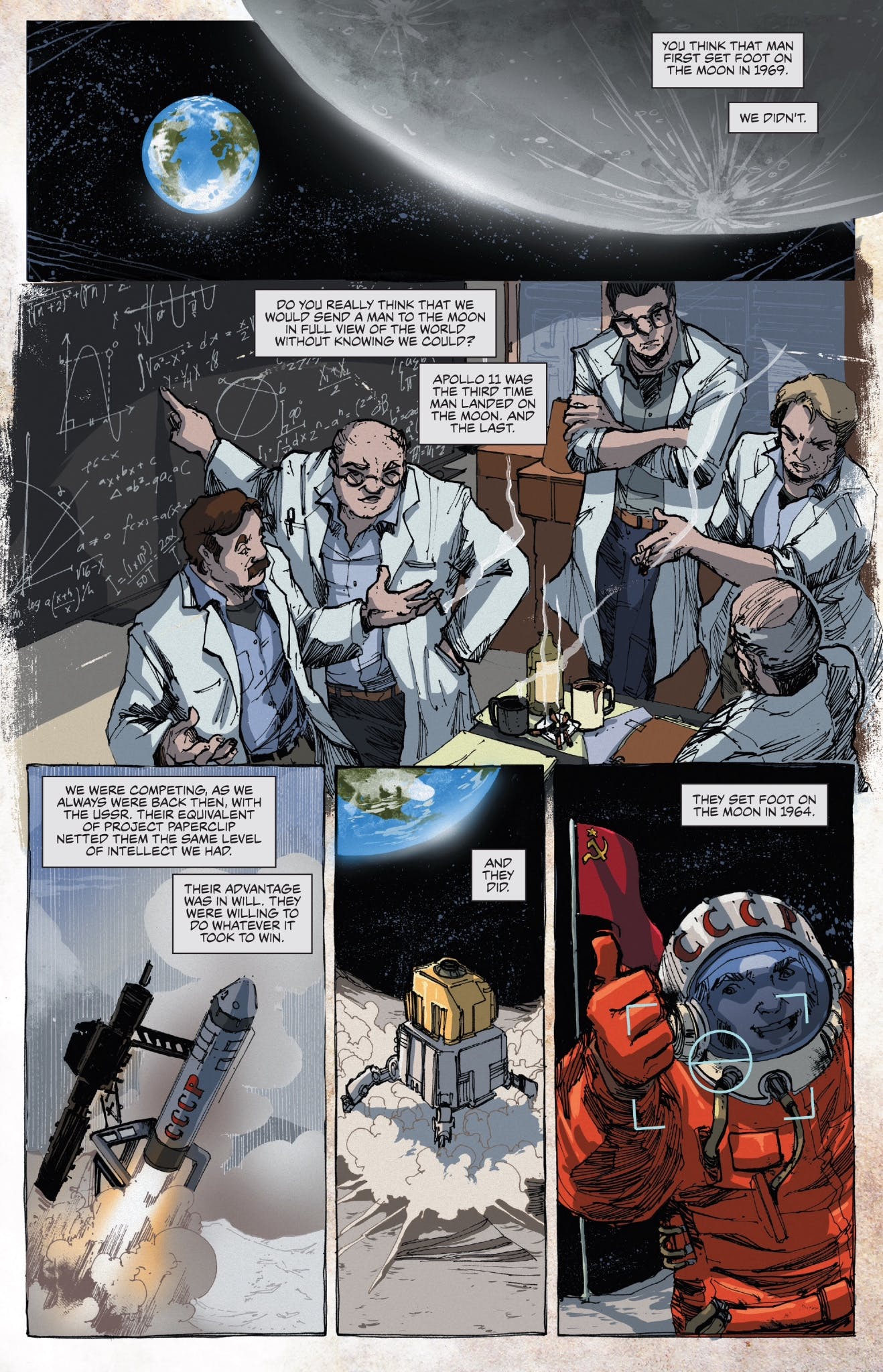 For the remainder of Deep State, the new partners explore the impact area while interacting with local law enforcement. I have to say, with the exception of The X-Files and Fringe, I’ve never been a fan of procedurals. This is especially true in comic book form (I only made it through three issues of The Fuse). That said, Deep State grabbed me in a way that The Fuse didn’t. I wasn’t a huge fan of author Justin Jordan’s previous series Dead Body Road—save for Matteo Scalera’s art—but his Deep State writing is engaging and, in more than a few places, amusing. 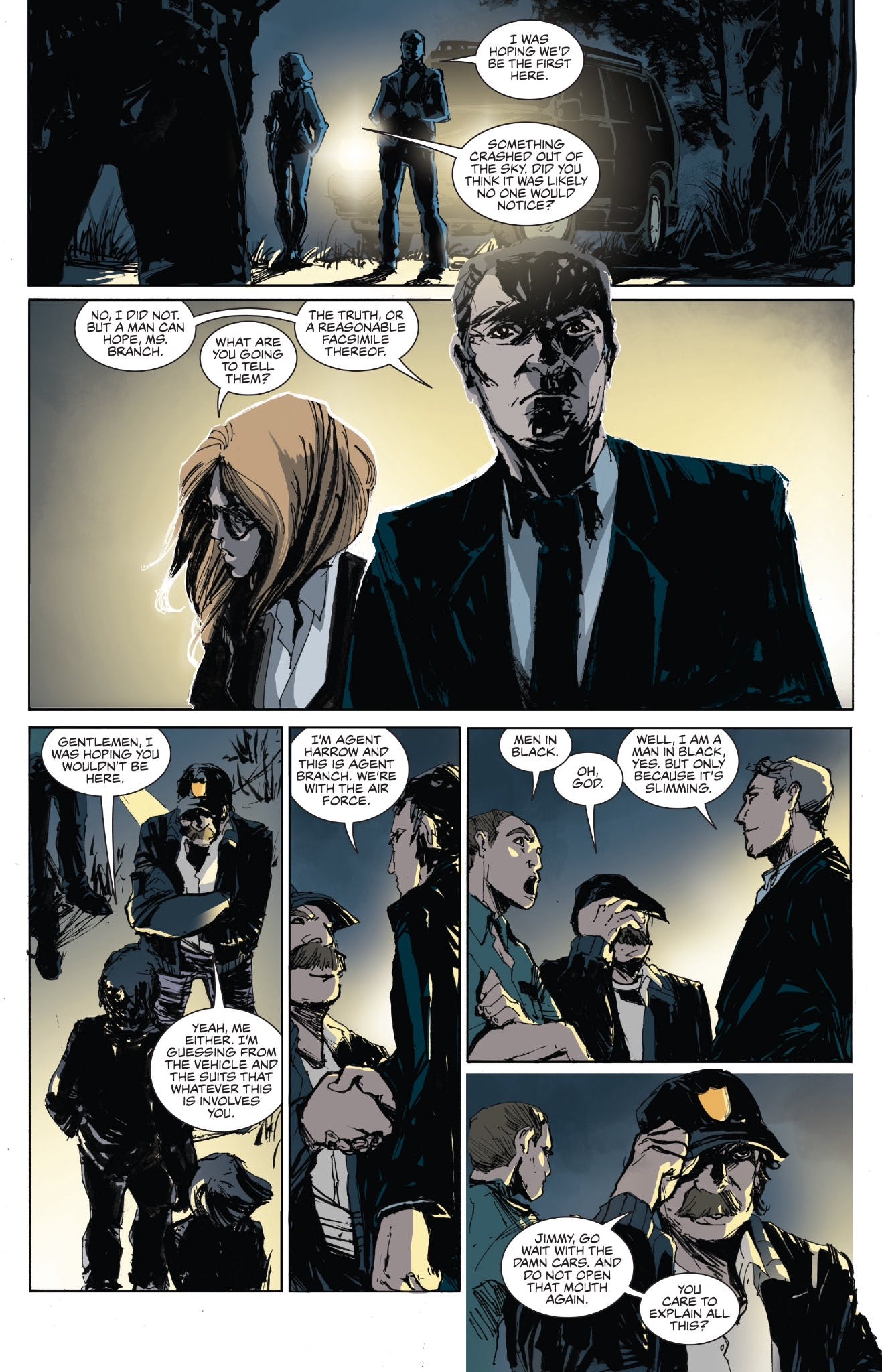 While artist Ariela Kristantina’s loose drawing style is fine, I have to commend colorist Ben Wilsonham. He’s done a tremendous job rendering light, and the absence of it. Setting this kind of mood was critical to The X-Files and I’m sure it’ll be very important in Deep State as well.

This may be where those comparisons end. While Fox Mulder was relentless in his belief that “the truth is out there,” I can only imagine Branch and Harrow will do everything in their power to obfusticate it.