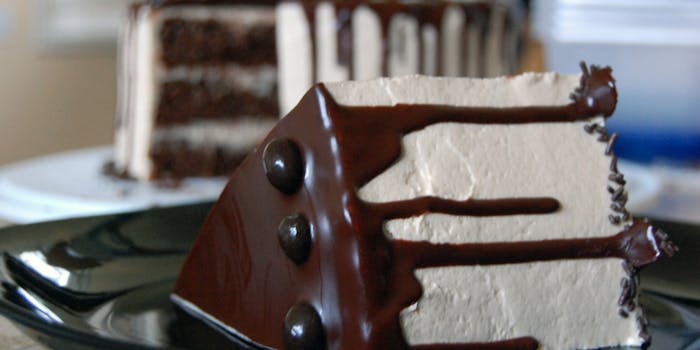 How to properly cut a cake

If you really want to keep your cake fresh, I have three ideas for you.

Alex Bellos and the Numberphile team posted a video yesterday called “The Scientific Way to Cut a Cake.”

It’s making the rounds today under such amplified headlines as “You’ve Been Cutting Cake the Wrong Way Your Whole Life.” But guess what? It’s still wrong.

I’ve done a fair bit of baking in my day, and sure, in theory, I agree with the Numberphile claim. The principle behind the solution is simple: The less exposed the interior of the cake is, the fresher that delicious crumb will be the following morning.

Now, every good Southern lady has an opinion about how to properly cut a cake. (An actual good Southern lady would also keep that opinion to herself, but hey—one out of two ain’t bad.) There are artistic ways and efficient ways and easy ways galore, and there’s plenty wrong with each—sometimes they’re uneven, sometimes it’s hard to extract corners, etc. But this solution of hacking cake out of the middle and then squishing the halves together is horrifically impractical from top to bottom.

For one, who’s only going to need that much cake at a time? Personally, I rarely find myself going through the trouble of baking and constructing a cake from scratch only to want a single sliver of it. Furthermore, if your cake is iced in a buttercream or cream cheese frosting rather than the ever-divisive fondant, it’s not going to be easy to just clap your hands on both sides and merge the halves together. At least, not without making an enormous mess and totally grossing out your guests. Also, rubber bands? Get out.

There’s a reason they say it’s useful for “mathematical loners.”

If you really want to keep your cake fresh, I have three ideas for you:

You won’t get the stereotypical cake slice the next day, but who’s going to argue against extra frosting?

Gosh, if only there were a single-serving cake-delivery method that stays perfectly covered until it’s eaten. Oh, wait.

If there’s no cake left, there’s nothing to dry out. Problem solved.