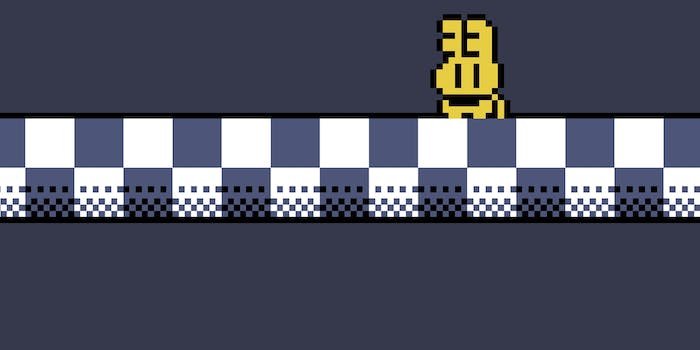 Nostalgic for 4-bit gaming? This Kickstarter is for you

Who needs classic 8-bit games when you can play games in 4-bits?

Who needs classic 8-bit games when you can play in 4-bits?

Creepy Castle, a new game that just reached its KickStarter goal, aims to be a turn based RPG with some side-scrolling elements.

It’s the games graphics, however, which are garnering the most attention: It’s claiming to take on 4-bit aesthetics. That’s a bit of a misnomer: The game is really just trying to get across that the art style is very simplistic. Like that of early Gameboy games, animations and sprite work is incredibly simple, with much being left up to the players imagination.

That’s not the end of it. Stars from other popular indie games like Shovel Knight, Five Nights and Freedy’s,  and Super Meat Boy will also be making their 4-bit debut. You can see why it’s pretty easy to get excited for this game.

Creepy Castle is aiming to hit PCs in March of 2015. If the developers reach their $7,000 dollar stretch goal, we can also expect the game to hit Mac and Linux.