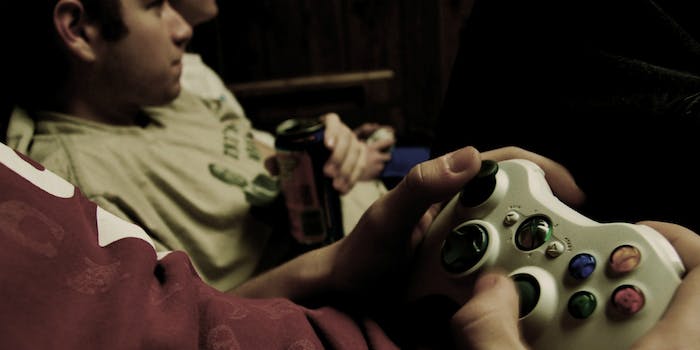 The desire to be helpful persists after someone steps away from a co-op gaming session.

Parents concerned about the effects of violent video games on their children should consider encouraging their kids to play the games cooperatively.

The first two studies, published in the journal Communication Research, were based on sessions of Halo: Reach and Time Splitters, respectively. After a game ended, the players were allowed to blast their opponents with noise, this being the chosen measure of aggression. The Halo: Reach study showed that players who behaved cooperatively were less aggressive afterward, while the Time Splitters study showed that players who had a partner while playing the game were less aggressive than players who tackled the game alone.

The third study, published online in Computers in Human Behavior, was based around sessions of NBA Street Homecourt. Participants played the game with a partner, whom they thought was just another gamer but who was in fact an experimenter who would be deliberately helpful or unhelpful. A follow-up play session based on the prisoner’s dilemma scenario demonstrated that the more helpful the experimenter was, the more likely the test subject would be to help them in a social situation.

All three studies were conducted by Texas Tech University Assistant Professor of Journalism and Electronic Media John Velez and several of his colleagues.

The NBA Street Homecourt study also showed that players who were good teammates were more likely to give money to someone on the other team without expecting anything in return during a round of the prisoner’s dilemma game.

Results like these demonstrate why it’s in gamers’ best interests to support increased research into the effects of playing video games. Cooperative gaming has a lot in common with team sports in terms of the emotional high of winning a tough match together and the importance of teamwork. Increasingly, science is bolstering the anecdotal evidence of gamers’ personal experiences.