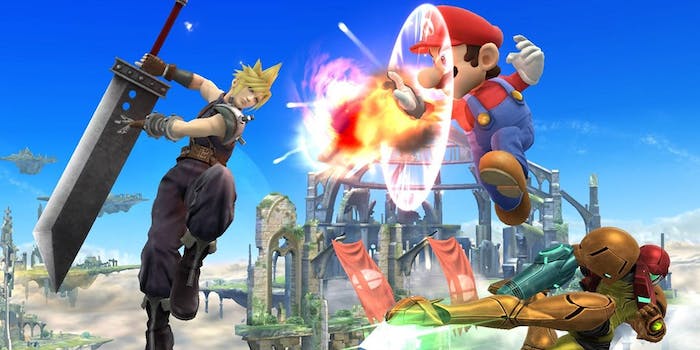 A new character is coming to Super Smash Bros. for Wii U and 3DS.

A new character is coming to Super Smash Bros. for Wii U and 3DS.

At a Nintendo Direct presentation earlier today, the company revealed that Cloud from Final Fantasy VII would feature in the hit brawler. But the company did not reveal a release date. It did announce, however, that a dedicated Smash Bros. Nintendo Direct will be coming in December. Luckily, we do have a trailer to analyze until then.

From our quick impressions, we see him as a mix of Ike, from Fire Emblem, and Shulk from Xenoblade. Many of his sword attacks look similar to Shulk, while much of his movement looks similar to Ike.

The news promptly turned Cloud into a worldwide Twitter trend, as fans reacted with bafflement and bemusement:

Cloud vs. Charizard vs. Sonic

No matter what it is, we can’t wait to play.

Need more Smash? Check out our AMAs with pro players!